The show at the Commodore was the xx’s second show in Vancouver—their first as a headliner. Their visit in November must have left a good impression, because this show was sold out for months. A lot of the crowd was hoping for some new material, but none was coming. The xx stuck with what’s been working for them—their minimal, no-excess look and sound—and it worked this night. Wearing black, with simple gold chains being the only flourishes, the trio of Jamie Smith, Romy Croft and Oliver Sim took a backseat to their sound. Spotlights alternately lit Croft and Sim, each fading back into the darkness as their lines finished. Their sound is bassy, syncopated, and simple. Two notes at a time seems to be closest to a chord you’ll hear from their instruments, letting the vocal harmonies through clearly. The xx were initially a group of four, but three seems to be all they need. They had the crowd from the moment their giant X was displayed to the track “Intro”. Their set-list played like their album on shuffle, with one exception: a cover of Kyla’s “Do You Mind”, where Smith traded his electronics for live drums. They played one encore: “Stars,” which came with a smile (the first of the show), as they thanked guests jj and Nosaj Thing. The crowd was thoroughly satisfied. Vancouver will welcome the XX back again. 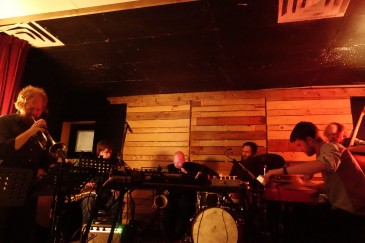