You might best remember former Vancouver band the Winks for their stage set-up, which they lovingly assembled no matter the size of the show. With bright boas wrapped around the mic stands, white lights strung up with other colourful ephemera, not to mention the queen bee herself, singer/cellist Tyr Jami, who would never disappoint in her handmade concoctions of sequined velvet and tulle. This description of the Winks’ visual aesthetic goes a long way toward describing their music, which sounds like a magical dress-up game in that last childhood moment when one can still play. (Not to overstate the point, but this is a band who used to toss glitter confetti into the air during the climax of their show).

The band’s cross-country move to Montreal hasn’t much changed the basic idea behind their music. Fans will find here what they loved on previous efforts, from the cello- and ukelele-based arrangements to Jami’s child like voice and unrhymed, utterly cryptic lyrics. In fact, she once likened her method of songwriting—which more is concealed than revealed—to speaking in code in one’s diary. Like their earlier album, Birthday Party, the production is downright lovely, taking the rough off the edges while taking care not to squish the exquisite, jewel-like details.

At times, however, the childish magic can feel a bit grating. On “Seasons,” bandmate Todd MacDonald sings “Tickles propel smiles most beautiful” in a way that is a little too whimsical for most, and “Bookface” is entirely too high-pitched.

Nevertheless, there are just as many indications that the Winks are maturing. “It’s Happening” is a fascinating little pop song that resists its own catchiness by veering between dramatic, sweeping strings and Jami’s teasing lyrics. “Telepathic Rockets,” meanwhile, is an edgier track reminiscent of Do Make Say Think’s instrumental chaos. The album closes with “Wakonda,” a stunner of a lullaby love song, subtle and synthy and unlike anything else they’ve done. This ex-hometown band is still worth watching. 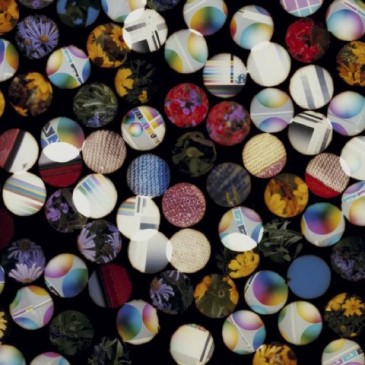