In my last visit to the rural community of Agassiz, the annual fall fair was in full swing: a tractor pull and traveling amusement rides drew thousands, while I doubled up a toonie betting on the lawnmower races.The town is quieter when I meet with Simon Bridgefoot, the young man making music under the name of the Parish of Little Clifton, at his home, a beautiful heritage house painted yellow, trimmed with dark green and maroon.

He guides me on a Cribs-like tour of the space, ending in its basement where spare rooms filled with musical instruments hint at his prodigious production. Portia is the first full-length album to emerge from the basement.

Bridgefoot excels in manipulating evocative vocal samples into his songs, and it is difficult to put a finger on where one line ends and another begins, or even to parse out what each might be saying. The Agassiz native doesn’t disagree.

“The songs that I write, especially lyrical songs, are intimately connected with the realities of my own life,” he says. “So sometimes I will hide the vocals in the mix so that only I know what I am saying. That way when I play a song live or listen to it with friends, everyone else will familiarize themselves with the melody perhaps—or the mystery, all the while I am being reminding of some truth or reality that I have been opened to.”

Conversely, Bridgefoot is an honest and forthright conversationalist, just as quick to offer an opinion as he is to ask for one. While we philosophize on the nature of creation and consumption in a local restaurant, Bridgefoot offers up a poor man’s “Death of the Author,” echoing Roland Barthes by stating, “I have realized that once a piece of music is heard by another … it is no longer mine … that song is someone else’s to emote to.”

Unfortunately, the words fall on deaf ears as I begin to inquire about Portia’s origins, process and purposes.

“I’ve always injected myself into the songs I write, or else they seem empty to me, and without meaning,” he offers as a consolation to my questioning. “I think that’s why Portia is so close to me: It’s very specific and full of meaning but it’s really careless and fun as well.”

Portia finds its most lighthearted step on “Belong,” a song introduced with an indistinguishable mash of happy singing voices. Midway the clouds part and Bridgefoot hits a stride, with a clipped choir and an arpeggiating piano settling into a joyful, laid-back groove.

The album moves along at a brisk pace, with most of its nine tracks pushed forward by pulsating kick drums. While released just this past September, Portia was followed up immediately by “Light Handed,” a single that shimmers and explodes in typical Bridgefoot style. It’s a hint that he may be just as prolific as some of his former associates on the Cultus Vibes record label (Teen Daze, HAHA). I wouldn’t mind if he was. 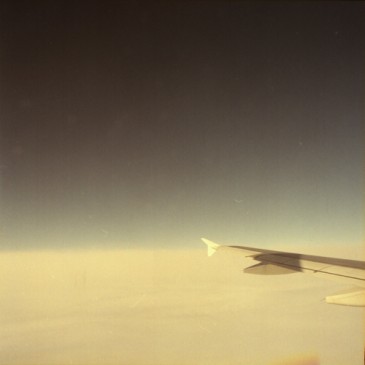