Had you been a tourist down on Granville Island this past week, you may have noticed quite a bit of activity as part of the 2011 Vancouver International Fringe Festival. Maybe you accidentally found yourself taking in one of the many fine performances around the Island, or talking to one of the many volunteers who would have happily guided you towards something cool. Or perhaps you found yourself getting silently hammered at the AGRO Café Fringe bar as self proclaimed “jug band of the damned” Creaking Planks tore through their usual assortment of crazy cover songs and oddly rousing originals.

Driven by the menacing Blackbeard Squeezebox, the usually 8-10 member outfit pared themselves down to five for this performance. The whittled-down group of folk-freaks still got a few folks up onto their fancy dancing feet, though, injecting charm into the audience’s hearts via accordion-laced interpretations of modern songs played in an old timey way. Think “Insane in the Brain” with an old school oompa edge. Their always popular take on Nine Inch Nails’ “Closer” will have you wanting to hug like a teddy bear instead of fucking like an animal. Regular staples of the Fringe, Creaking Planks are a not-to-miss experience and seemingly with each gig, their gang of fleet footed fans grows larger.

I was going to bike home after the Planks’ performance, but I’d heard that a fun group called the Oh Wells were about to play next. I’m sure glad that I stuck around, because I discovered a new favourite local band. From White Rock, BC and headed by pianist Sarah Jickling, the Oh Wells are indie pop with the edges extra-softened by adorably strong hooks. Under a lovely canopy of trees, the Oh Wells delivered round after round of cheerily awkward love songs that referenced Harry Potter, playing outside, averting eyes and shameless gushing. Well, maybe the gushing was my own, but it was well-intentioned and not without good reason. With a first place Shindig win under their belt from last year and a top 20 spot on this year’s PEAK Performance Project, it’s clear that there is something to their songs that we can all relate to. I’d say the perfect evening was made better on the post-gig bike ride home rememberance of Jickling’s “Go out go out go out go out go outsiiiiide” ringing between my ears. 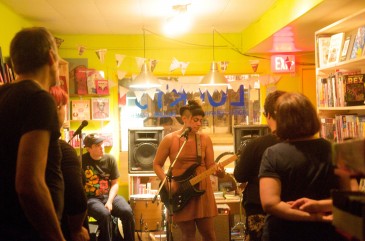 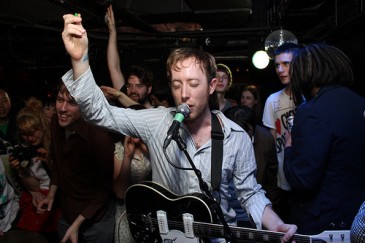