From the moment the curtains opened to the sounds of “Lamb and the Lion,” the Mae Shi were one huge ball of energy that took the Biltmore by storm. Each song brought new visual stimulus, ranging from absurd mock-horror facial expressions (courtesy of singer Jonathan Gray) to frantic physical feats of hyperactivity. Various band members repeatedly wove their way through the crowd while still playing their instruments, sometimes belting out their shouty vocals microphone-free—and, impressively, loud enough to be heard above squawking synths and speedy guitar licks. At one point, when they weren’t busy clambering onto various speakers and platforms, they introduced the crowd to a giant rainbow-coloured parachute, which covered much of the dance floor and gave the performance even more of a fun-house atmosphere.

Musically, the group was tight as a drum. Selections from last year’s Hlllyh were played to perfection, especially raucous sing-alongs like “Run To Your Grave” and “I Get Almost Everything.” Older, more chaotic material ripped by at a frenzied pace, but at times blended into an indistinct mash of similar-sounding riffs. This wouldn’t last too long through: the band rarely stopped for stage banter or anything else, so another standout moment was never too far ahead. The show had an air of jubilation—a marked contrast to the devastating assault of the Mae Shi’s Los Angeles contemporaries, HEALTH (with whom they share roots in that city’s famed D.I.Y. concert venue, the Smell). The openers that evening also displayed some nice points of contrast with the main attraction. After a few false starts, Certain Breeds created dark dirges punctuated by Leanne Chapman’s moaning cello and Jenny May’s gothic wails.

Thereafter, local noise-rock champions Shearing Pinx engineered a storm of feedback and fuzz atop their consistently superb art-punk. Indie dance group Sex Party were slated to perform after the headliners for some reason—unfortunately they were missed by those who left the venue early with the Mae Shi’s stunning performance still ringing in their ears. 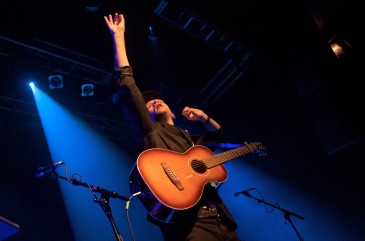 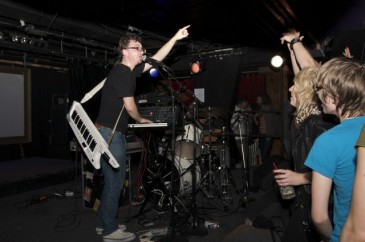