Local band the Great Outdoors have released Winter, the final installment of a four part series of EPs, each one paying homage to one of nature’s seasons. Whether it’s the sparse arrangement of instrumentation or the lyrical content, this album is a true testament to winter’s cold embrace, both in feeling and thematic quality. The Great Outdoors have managed to perfectly capture the dreamy slow vibe of Jack Frost’s time of year without all of the accompanying S.A.D. Instead of leaving one feeling cold and worse about winter, the CD lends hope towards this sometimes challenging time of year and offers light at the end of the snow bound tunnel.

Opening with the simple, almost claustrophobic “This Winter’s Touch,” it is immediately apparent that this is not necessarily the album to put on at house parties, but rather a soundtrack for hunkering down at a cabin on the lake in deep winter. Picking up the pace is “The Garbage Man,” a countrified little ditty that has a very Tom Waits feel and keeps things light and humourous, while “No Bells” sounds a bit like a frosty re-imagining of Lionel Ritchie’s “Easy.” But it’s the warmth and texture of the album’s last two tracks that really make for a worthwhile listen, capturing the subtle beauty of a band at their understated finest, and serving as a lovely reminder of winter’s hidden gems. 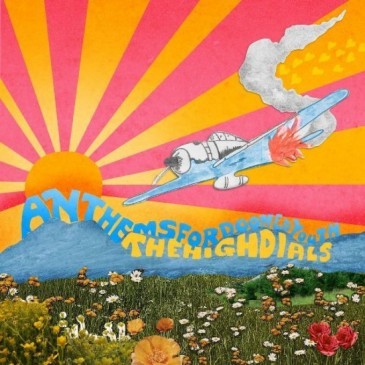