A sure wave of the hand steadies the wobbly knees of your party behind you. Guards scoff at your credentials, slobber on grilled cheese, and gesture you further into the darkness. Your shoes make a sugary smacking sound and you nearly tip over toe while stumbling to your seat; the editorial panache of your Dungeons & Dragons Player’s Manual never had anything to say about a dexterity modifier for having a beer in each hand.

Welcome to The Critical Hit Show’s Live Dungeons & Dragons Comedy Experience. If you were ever looking for somewhere to wear elf ears and brandish a plastic sword in public, you might want to check out the Rio Theater on the last Wednesday of every month; your people are waiting for you. Since beginning in March, the show has already amassed an enthusiastic following.

Castrating orcs and kobolds in the creased recesses of a kingdom from someone else’s imagination won’t be at the top of everyone’s list of plans for a Wednesday night, but the CHS is looking to change that. The familiar trappings of everybody’s favorite tabletop game are all here: dice are rolled to resolve conflicts; off-brand soda is consumed; and battles are fought for glory, blood, and Funyuns.

CHS’s stage is a tabletop come to life and is overseen by Dungeon Master in-residence, Eric Fell. When one of the actors, for instance, declares and mimes that they’re kicking down a door, Fell makes a couple of quick die rolls and either loudly declares that it holds fast or that it bursts off its hinges like a suckling pig being crushed by a washing machine.

The show is a spawn of Fell’s imagination. A familiar face in Vancouver’s improv scene, he’s assembled an impressive roster of similarly schooled comics to join in the mayhem.

“Everybody I wanted for the show had to be a comic first and a gamer second.” says Fell. It’s delightfully apparent when the cast is less educated on the D&D universe than the audience. Points of hesitation surrounding D&D minutiae are expedited by a remedial outcry from the audience, and it’s highly entertaining to watch the cast fish for the best suggestion in the melee. Patrons will see some familiar talent onstage. Joanna Gaskell’s face is probably the most recognizable as a fixture from the comedy web-series, Standard Action. Allen Morrison and Shaun Stewart hail from Vancouver Theatresports. Lauren McGibbon is a popular standup comic, and Ian Boothby is probably best known as a writer for the Simpsons and Futurama comics.

Everything from surly innkeepers, to wisecracking kobolds, to an entire civilization of dwarves with French accents are voiced by Fell. Naturally, diplomacy often has a hazardous trajectory and when the inevitable happens, audience members are brought onstage to play the part of enemy combatants. Fisticuffs are resolved with a series of dice-rolls punctuated by the audience shouting encouragement and taunts at the cast.

The high level of audience participation is noteworthy. Something hollered from the audience has as equal an opportunity to become comedic fodder as one of Boothby’s savagely asphyxiating puns. Have you ever known a dwarf who didn’t work under-the-table?

The creative energy behind the show goes out of its way to find unique ways to involve the audience. Once, to save McGibbon’s thief from being lost on the other side of a dimensional gateway, the audience had to relay her “safe word” — banana loaf — in secretive whispers from the back of the room. Another time, the head antagonist, “Jarrod,” was set to unleash mystical furor at the local tavern’s pancake breakfast. To simulate this, a heap of balloons above was dumped on the gleeful audience below. It had happened to have been a particularly rainy evening and a large number of audience members opened up their umbrellas to shield themselves from the horror. It was unscripted, the crew rolled with it, and it became a part of the show.

CHS strikes an enviable balance between improv comedy show and polyhedron-chucking roots. Its smooth flow might be attributed to the fact that, as Fell says, “The D&D ruleset is essentially [one] for improv.” The kernels for both sprout from the same philosophy: to play along.

If it doesn’t conflict with your own weekly D&D session, catch the Critical Hit Show’s Live Dungeons & Dragons Comedy Experience at the Rio Theatre on the last Wednesday of the month. Visit criticalhitshow.com for more details. 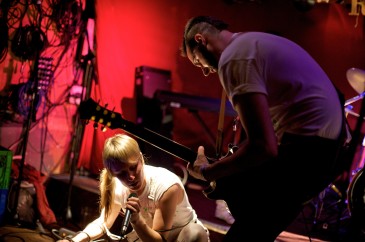 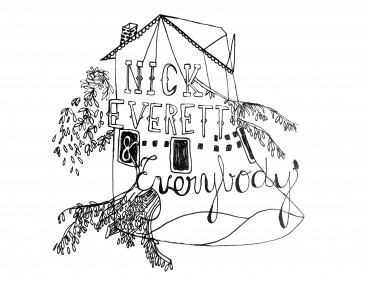 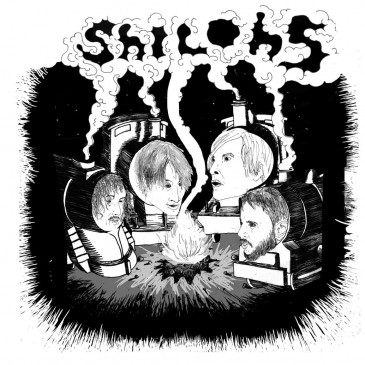