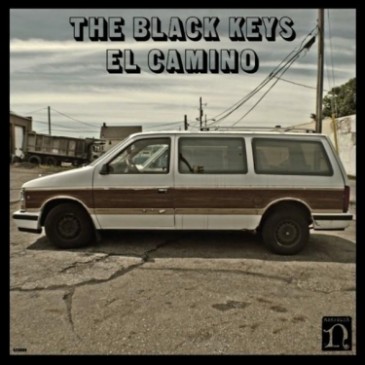 If rock ‘n’ roll fans are the children of Israel, Dan Auerbach is Moses, and El Camino is his gift from the lofty heights of Mt. Sinai.

Granted, the seal of the blues prophet and his Bonham-esque drummer, Patrick Carney, originated inauspiciously. The Black Keys’ first album, The Big Come Up was self-recorded on an ancient 8-track in Carney’s Akron, OH basement, and it was only after the White Stripes popularized the stomp-box-happy garage duo concept that a major record label signed the Keys.

But after they released Brothers in 2010, wise men finally started coughing up the frankincense and myrrh: Grammys, hundred-thousand dollar licensing contracts, and sold-out shows made them one of the most talked-about bands in the realm, and there were whispers in the halls of critics that they were being groomed for the throne of neo-classic rock. Judging by the electric atmosphere, El Camino’s Webster Hall release concert in New York last month was their coronation ceremony.

In keeping with biblical tradition, the new sound was revealed to the Black Keys in Auerbach’s Nashville studio over 40 days and 40 nights. They channeled it from the aether, haphazardly piecing together ideas between gigs. Producer Danger Mouse, a.k.a Brian Burton also helped. He’s persuaded the band to take a more commercially successful direction since they partnered on Attack & Release in 2008. They’ve retained their original Howlin’ Wolf soul, but have now incorporated a sleek, T-Rex aesthetic.

Brothers hit “Everlasting Light” was an early showcase of this sound, but El Camino singles “Lonely Boy” and “Gold on the Ceiling” fine-tune it. Both are laden with distortion, but are full of singsong hooks, harmonized backing vocals and simple, orchestral grooves. The polished shine is worthy of glam-era David Bowie, and fans have flocked to it in unprecedented numbers. The congregation will only get bigger.

Burton’s influence can also be detected in the keyboard and bass tones that fill the space once dominated by drums and screaming, Zeppelin-ish riffs (which are still plenty in evidence, no worries). Auerbach’s hands have been freed for better stage presence, and the more complex arrangement lends itself to experimentation.

Accordingly, El Camino features everything from chiming indie and Clash-like reggae on “Hell of a Season,” to popping disco bass lines and falsetto vocals on “Run Right Back” and “Sister.” The breadth and ambition, while sometimes a little jarring, marks the work of a band that has hit its stride. It brings to mind the Beatles in their studio-only days, or Dylan after he went electric.

No doubt those kinds of comparisons are steep, but El Camino is a truly transformational record. The Black Keys have been struggling for years with what it means to become a commercial pop juggernaut, and this moment marks their final acceptance of the mantle.

So what if it means they’ll make more appearances on soundtracks as tacky as that of Twilight? Their songs will be good, even if none of the other ones are, and someone has to deal with the pharaohs of the music industry. Music geeks have been toiling under the mounts of false and whorish club-hop gods for too long, and they deserve a shepherd to lead them back to the land of milk and honey.