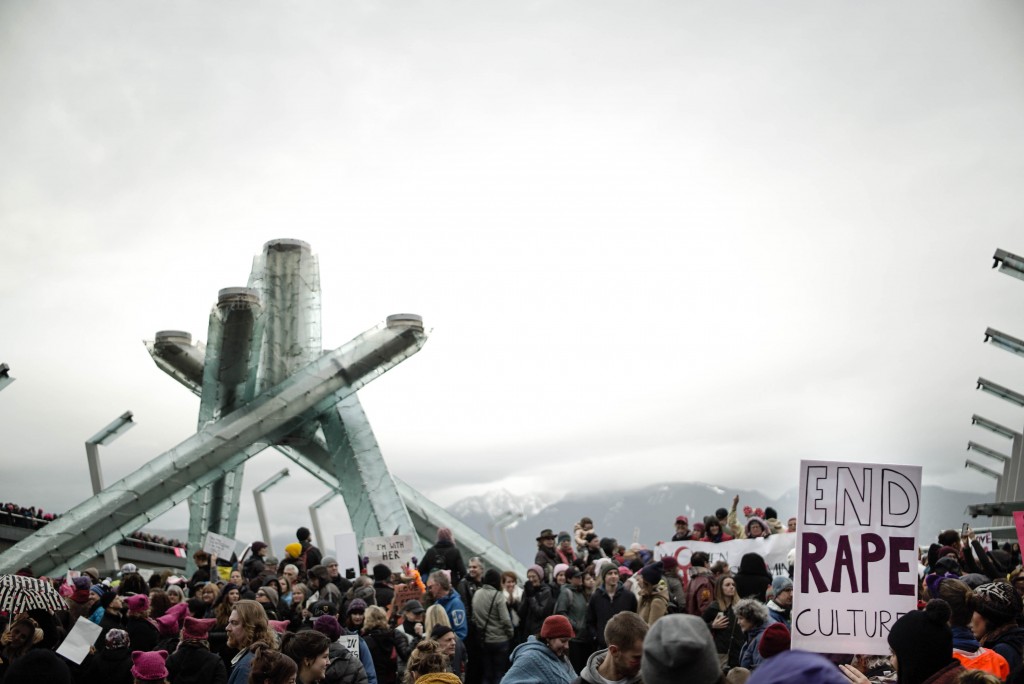 On January 21st 2017, millions of people around the world marched in solidarity with Women, Muslims, Immigrants, Indigenous people, members of the LGBTQIA+ community, People of Colour, and especially Black Women, to protest the inauguration of President Donald Trump, and what many see as a rising tide of racist-sexist-imperialist-xenophobic-transphobic-homophobic-white-supremacist-patriarchal politics gaining power and popularity the world over. The Women’s March on Washington was criticized for reasons ranging from exclusionary politics, to sore losers in the American election. In Vancouver specifically, there was significant controversy and conversation around the exclusion of Black Lives Matter Vancouver from the organizing process of the march. This resulted in many instances of dialogue – some hostile, and some productive, and a great deal of work on the part of Black Lives Matter Vancouver to educate organizers and politicians alike about the importance of representation in organizing efforts like the Women’s March. However imperfect, for folks who participate in efforts to stand against oppression, and educate in favour of equality, there is a sense that no one is alone in their struggle; A sentiment we hope to emulate at CiTR 101.9FM this International Women’s Day.

The organizers of the Women’s March on Washington have stayed active since the march itself. On International Women’s Day, March 8th, they have organized #aDayWithoutaWoman:

“In the same spirit of love and liberation that inspired the Women’s March, we join together in making March 8th A Day Without a Woman, recognizing the enormous value that women of all backgrounds add to our socio-economic system–while receiving lower wages and experiencing greater inequities, vulnerability to discrimination, sexual harassment, and job insecurity. We recognize that trans and gender nonconforming people face heightened levels of discrimination, social oppression and political targeting. We believe in gender justice.”

CiTR 101.9FM encourages all people participating in #aDayWithoutaWoman to tune in to 17 hours of pure FemCon. Details listed below. We acknowledge that this event takes place on occupied, traditional, ancestral, and unceded territories of the Coast Salish peoples – specifically the sḵwx̱wú7mesh (Squamish), sel̓íl̓witulh (Tsleil-Waututh), and xʷməθkʷəy̓əm (Musqueam) nations.

7:00AM – Trans Health Care in Canada, a Documentary by Vanessa Colantonio

8:00AM – Violence Against Women in Music, by Jaione Belza Guede

9:00AM – Call a Sister, by Dora Dubber and Christine Powell

10:00AM – On Poetry, an interview between Femconcept host Eleanor Wearing, and Metis/Cree poet, writer, and commentator, Sam Nock

10:30AM – On Comedy, an interview between Femconcept host Eleanor Wearing and comic, musician, and academic, Cheryl Hann.

12:00PM – Rad Women of Colour in Music, by Dezy Nair and cohost Ghada.

8:00PM – Reel Grrrled, by Dora Dubber and Dama Correch of The Reel Whirled

8:30PM – LIVE BROADCAST at the Fox Cabaret from the Room Magazine launch party 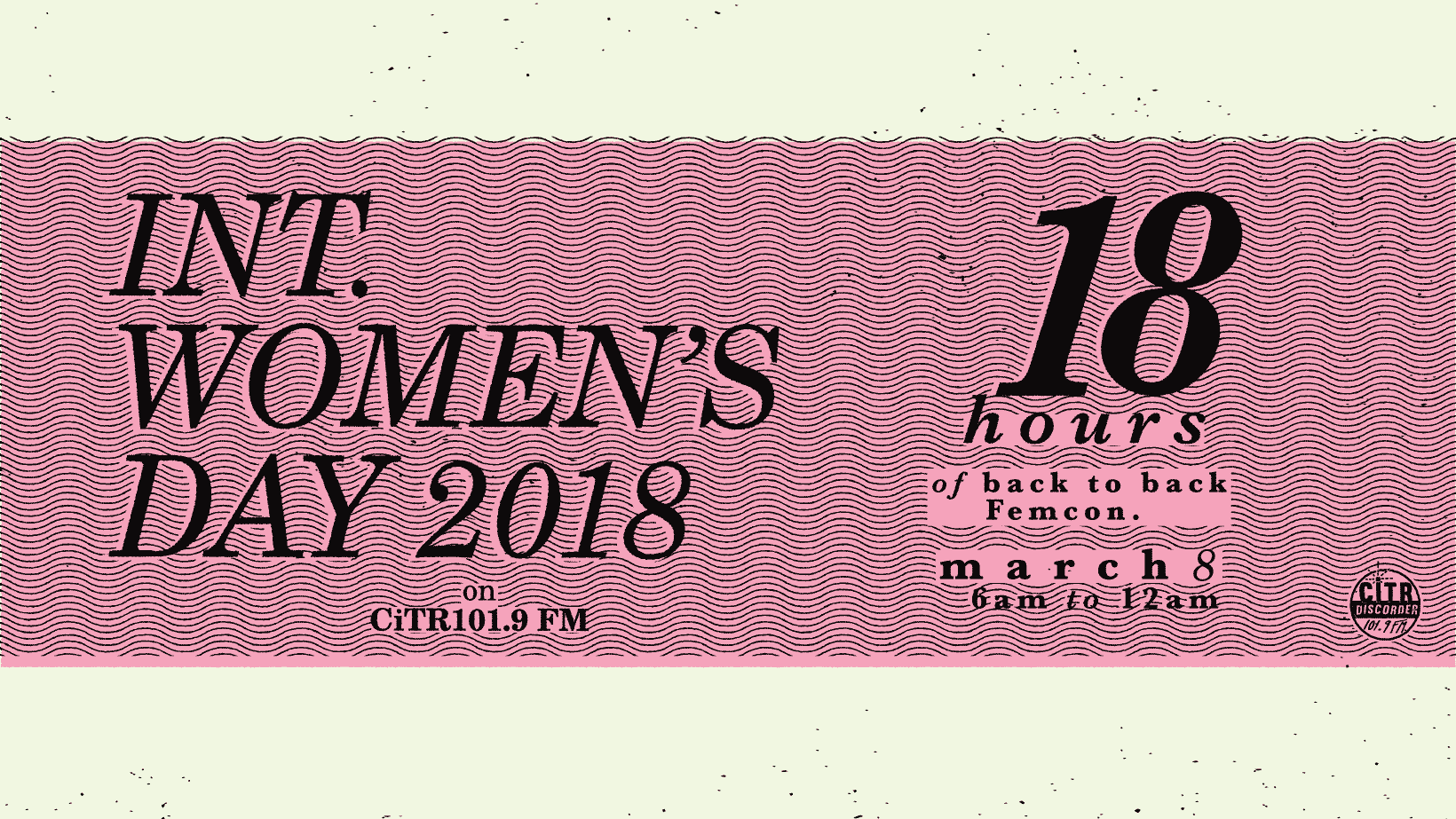 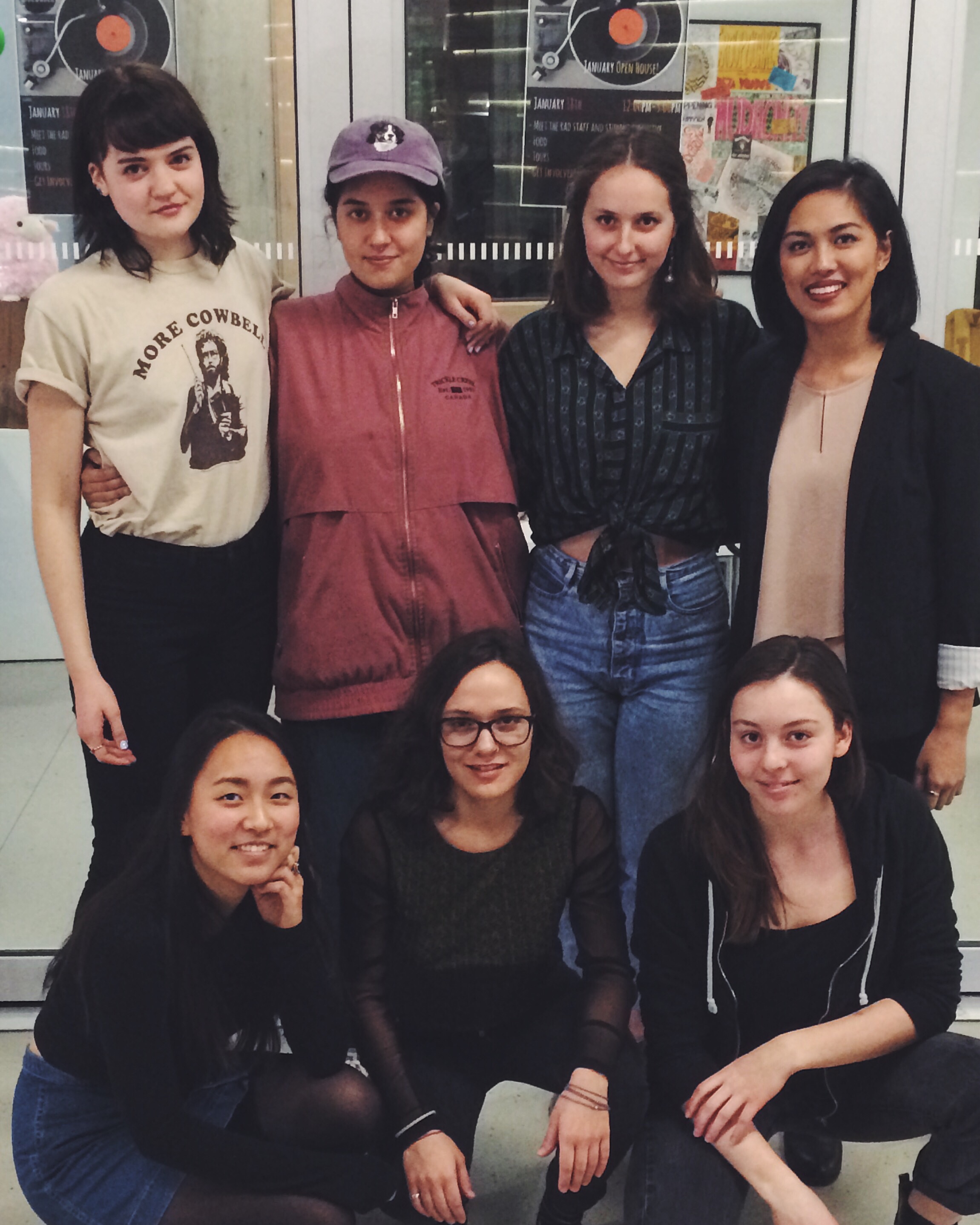