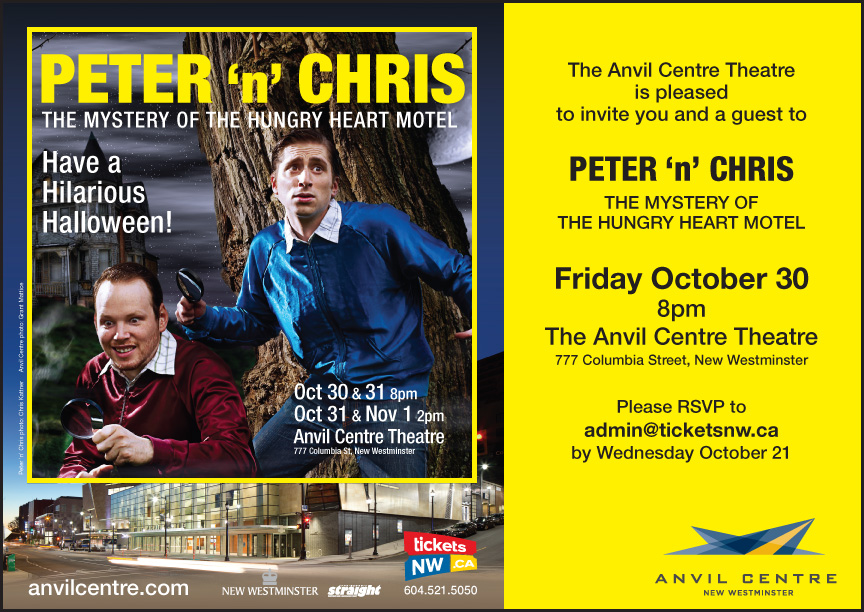 Vancouver comedy duo favorites Peter and Chris preform their one-act show “The Mystery of the Hungry Heart Hotel” this weekend at the Anvil Centre theatre in New West. Peter and Chris have a wonderful ability to build scene with their uniquely creative physical comedy. They manage to create an almost cinematic feel with virtually no props or set pieces. It’s playful, funny, and always entertaining.

The play, which follows best friends Peter and Chris as they try to escape from a murderous rampage at a creepy hotel, has a loose, semi-improvisational, and very self-referential style that really works to their advantage, especially when things go wrong. If one of the two flubs a line, or does something unexpected, they don’t miss a beat in acknowledging it, and it only makes the show better.