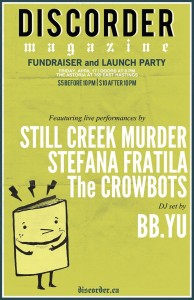 Stefana Fratila
“Romanian-born electronic artist/producer. Her music revolves around breaking down gender binaries and the silence around gender-based violence. In live settings, she loops and layers improvised vocal melodies with pulsating dance beats and textures of binaural beats. Since the age of 16, she has performed hundreds of DIY and underground shows around the world. In 2014, she released a visual ep entitled “memory” and a cassette, “Tristă cu Frică”, via Genero, a female-fronted audio collective and independent label.”

The Crowbots
“What do you get when you spend a year and a half scavenging the carcasses of 20th-century rock songs, then spend another year and a half frankensteining them back to life? If you’re the Crowbots, you get five energetic tracks that sound at once classical and freshly technical.” Read more in Discorder….

Still Creek Murder
“Samuel Dick (guitar/vox) and Shay Hayashi (drums/vox) are a rock duo well worth admittance alone…Sam Dick tends to his guitar like a patient in hospice care, comforting it as it violently comes to terms with its own mortality. And with Hayashi both confident and incredible on the drums, Still Creek Murder has a winning recipe almost every time.” Read more in Discorder….

MORE ACTS TO BE ANNOUNCED. BE ON THE LOOKOUT
Doors at 8 pm, $5 before 10 p.m. $10 after 10 p.m. Supporting Vancouver’s independent music community for over 30 years 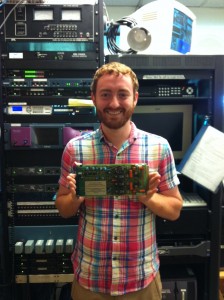 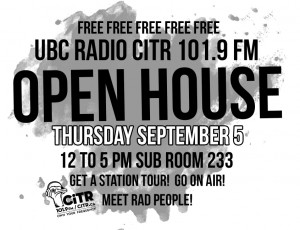