Anton Chekhov’s The Seagull is a play that finds humour in the most serious dilemmas, and Theatre at UBC, whose production of the play opened on January 23rd, carry the melodrama and pastoral boredom of the work with charm. Between the laughter, however, moments of genuine dread peek out of this play, and they’re powerful. The play is a tragicomedy, and Theatre at UBC does an impressive job at creating a really textured and complex world.

I’ll start off by saying that this is an exceptionally good script. Chekhov is a undoubtedly a phenomenal writer. As enjoyable and easy to watch as it is, Chekhov poses some challenges with this play. As an oft-quoted Chekhov quote reads, ““The role of the artist is to ask questions, not answer them.” Dancing symbols, interrogations into the nature of the soul, and gloomy confrontations with death are all featured. Director Kathleen Duborg, a UBC MFA directing student, does a tremendous amount with the script, balancing the melodrama as well as the play’s denser aspects.

The Seagull centers around a country community who spend their time at a large estate – a rich uncle, a schoolteacher, artists, etc. The youthful writer Konstantin, along with his mother, Irina, an aging actress, are at the core of the action. Things get complicated when Konstantin’s love interest, Nina, becomes infatuated with his mother’s lover, a successful writer named Boris.

That is of course, an oversimplification, The Seagull is a story of unrequited love complete with morose wit and violent fits of emotion, filled with sub-plots and prominent supporting characters. It’s not too much to handle though, and this production manages to bring a real coherence to the play.

The heartsick Konstantin is played by Thomas Elms, who posses a strong stage presence and a fantastic range. Konstantin is tangled in the struggle of trying to create something significant, and Elms works to pick through the undertones of despair that make up this character.

Also worth mentioning is the character of Masha, played by Helena Fisher-Welsh. As the daughter of the estate manager who is in love with Konstantin, she has some really sharp, well delivered lines. It feels as though there is a whole play that could be written about, a whole story that’s hinted at in a way that’s really valuable. However that’s a great feature of this work – meaning in The Seagull comes through character, not plot development.

Chekhov’s discussion of writing and creation also prove to be a really intriguing area of this play. The Seagull is about documenting life as much as it about the quotidian banality and emotional conflicts that it’s composed of.

Although the play starts with a great rhythm, the second half, which begins with a jump in time, is a bit more difficult. A flash forward is tricky whatever the circumstances, although the play managed to conserve the tension it had dealt with so nicely beforehand. The way characters deal with that passage of time gives a lot of insight into the story, however the pacing lags on a bit as the action begins exceedingly erratic. The final two scenes are a bit disappointing. I suspect most of this is due to opening night nerves (I saw this play on the 23rd), and I have faith that things will improve as the players get some more performances in.
The Seagull runs from January 23rd to February 8th at Telus Studio Theatre. See https://www.theatre.ubc.ca/index.shtml for more details. 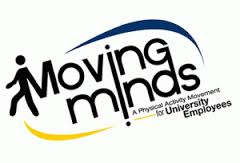