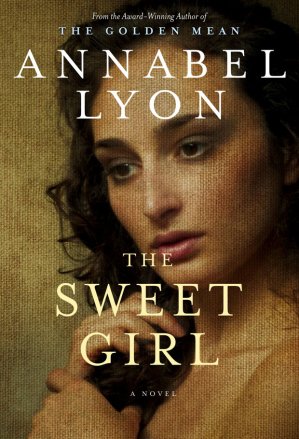 Despite the misleading title, it wasn’t so sweet being a girl in ancient Greece. If the treatment of Pythias, the protagonist in Annabel Lyon’s new novel The Sweet Girl, is any indication, people tend to think your brain is about as well developed as a donkey’s and you’ll probably end up becoming a prostitute at some point. The Sweet Girl is the UBC author’s follow up to her first novel The Golden Mean, which focused on Aristotle and his relationship with Alexander the Great.

This new novel moves away from the realm of ‘great men,’ and looks at the lives of women and slaves. The novel follows Pythias as a young daughter of Aristotle, then tracks her path as she struggles to find her place after he dies. It turns out that place is shit to live in, but fun to explore in fiction:

The book sometimes turns towards the magical, but mainly focuses on a home in which science is prized above all else – even if the characters are  subject to the whims of gods. Aristotle is portrayed as a sympathetic figure with outlying modern attitudes. Lyon helps us remember that his scientific approach and legacy as a biologist and logician contributed current practices in medicine and computer science. Not a bad mark to make, but in the book Aristotle is not only important, he is kind. His family is loving and things only truly unravel for them when king Alexander dies and the Macedonians are suddenly persecuted.

Lyon uses Aristotle’s detailed will as a reference when structuring the plot of the novel and builds a believably empathetic figure out of his own cryptic writings about his hopes for the family. When looking at “past times,” as Lyon did at the Vancouver Writers Fest event of the same name, it is important to portray interpersonal attitudes that were genuinely different, while presenting characters with the same attachments and dramas we face today. Pythias is a woman caught between a modern family and traditional attitudes, which is poignant when misogyny, all areas of life, is still real. With women still a minority in the sciences and with around 10 percent  of engineers being women (1), Pythias might feel right at home in contemporary Canada. 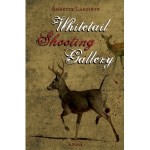