It’s that time of year again where music and film lovers from all over Canada come together in Toronto for 7 days of music, films and panels at the North by Northeast Festival and Conference. With 650 bands, 40 films and 50 panels this years festival is defiantly one to mark off on the calendar.
Running from June 13th until the 19th there’s a wide selection of things on offer.

Music
The NXNE Festival is known for having unsigned bands, indie favorites and major-label acts all sharing the same stage, and this year is no exception!
Over the 5 days of music you’ll be able to discover new loves and get reacquainted with old ones, this years line up will see the likes of Descendants, Men Without Hats, Wild Nothing, GLORY GLORY MAN UNITED, Anti-Flag, The Pharcyde and many many more playing all across the city.

Film
For film fans the NXNE Festival is no exception! There will be over 40 films shown at the festival which will span across an number of genres like music-themed features, shorts, documentaries and experimental films from across the world. As always you’ll be able to find directors, producers, actors and even musicians attending most films, many of which are world or Canadian premieres!

Interactive
Returning to this years event is NXNE’s Interactive Conference running from June 15th until the 18th. During this conference you will have the chance to take part in presentations held buy a selection of presenters who have been hand picked for both their skill and talent who are more than happy to share.

For more information and tickets head over to www.nxne.com 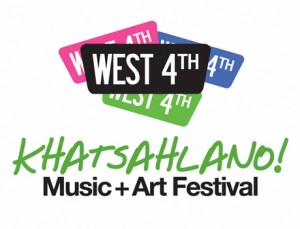