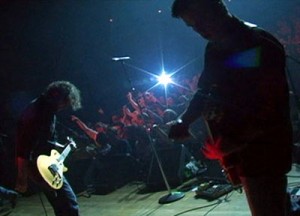 Over the last decade, alt country rock band Drive-By Truckers have quietly (and not so quietly) established themselves as one of the best in the business. Filmmaker Barr Weissman followed them during three critical years of touring and recording — years in which the band struggled to overcome the trauma of divorce and survives a near breakup. The film features band interviews, behind-the-scenes footage on the road and in the studio, and legendary live performances. Reflective of the band’s roots in Alabama and Georgia, the film explores the changing American South — its culture, economy and history. Tickets are$5 to the 9 pm screening at Vancity Theatre on Monday, January 31. Listen to an interview with filmmaker Barr Weissman with Bobby Ferris, host of The Barn Burner on CiTR.