Adèle Barclay clearly has an effect on people. When I go into a bookshop to ask for her latest volume of poetry, Renaissance Normcore, the bookseller beams at me. As I explain it’s for research and that I’ll be interviewing the author, she overflows with enthusiasm and tells me how lucky I am to have such a good assignment. At the Renaissance Normcore book launch, the host, Brit Bachmann, laughs about a time she was mistaken for Barclay’s partner, calling it a great honour. Another poet reads a piece that pays tribute to her, by name. Everyone, it seems, is just a little bit obsessed with Adèle Barclay.

Even before she comes onstage at The Lido to read from her new collection, you get a hint of her character from the surroundings. The bar is a little divey. The audience is visibly queer. The table set with copies of Renaissance Normcore 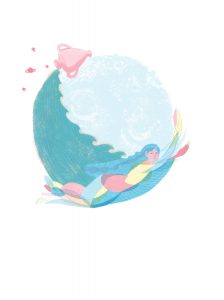 also bears a large cake. After the reading, the audience eat cake and drink beers while local band Pale Red prepare to play a set. The vibe is wholesome, gay, arty and punky.

The night kicks off with a moving land acknowledgement from Bachmann that goes beyond the usual formula and asks the audience to imagine the land as it would have looked before colonization. The first poet to read is Brandi Bird, author of the chapbook I Am Still Too Much. Their reading is confrontational, raw and powerful. They are followed by Kyla Jamieson, whose poetry is no less hard-hitting, although spiked with dark humour. She is the author of the chapbook Kind Of Animal. The audience is responsive by turns; solemn and cheerful. Each poet is accompanied by sign-language interpreter Joy Emerson. The translation of each poet’s work into gesture, body language and intricate finger-spelling is incredibly hypnotic.

Barclay is up next. She wears large cat-eye glasses and smiles a lot. When she speaks, she seems to lean on certain words. Her poetry is different again from Bird’s and Jamieson’s — lyrical, romantic, and studded with pop-culture references. There is trauma and pain, but it’s tempered and digested, turning almost to wistfulness. Later, when I interview her, she talks about “building escape routes” into her poetry and “finding ways to deliver the hard things with equal parts humour and joy.”

Barclay is introduced as a poet of “East Vancouver self-love and queer love” — it’s a very good description. Self-aware references to therapy and queer femme culture abound in her poetry. Before reading a poem dedicated to her partner (For Ariss), Barclay explains that she wrote it early in their relationship as a gift because she thought buying something would be “too intense”. Instead, she decided to read their grandmother’s poetry and write a poem in response, which she jokes, was “not intense at all.” 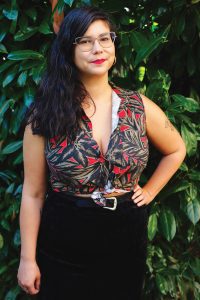 Barclay’s poems are full of queer joy, queer anxiety, queer yearning and queer solidarity. She has a knack for juxtaposing words and images in playful, unexpected ways: Renaissance Normcore, for example. That’s the first thing I ask about, when I interview her in her East Vancouver apartment. A painting captioned “Virginia Wolverine” hangs on the wall. Her cat, Cricket, is gently trying to eat my socks. It’s exactly what you’d expect a queer femme poet’s apartment to look like.
“Renaissance normcore originated as a term that I used to describe my clothing style”, she explains, “the combination of Boticelli curly hair and button-ups, normcore infused with a floral flourish.” Later, she started applying the idea to her poetry, as she moved away from the surrealism of her first collection, If I Were In A Cage I’d Reach Out For You. “I was taught aesthetic is really superficial, but it’s something that women and queers are really good at. It can be really powerful to take all of the things you’ve been bequeathed and then remix them […] forging your identity and yourself out of a world that doesn’t quite match it.”

Many of the poems in Renaissance Normcore play with the language of queer identity and associated roles. In The Fish, Barclay writes “on a chart that roughly maps / the gender spectrum / I select femme and dirtbag / instead of masc and dapper.” I ask how she thinks this sort of language will be understood outside the queer community and she says she’s curious to find out too. She gives an example of an editor misunderstanding the descriptor “stone,” asking if the word should be “stoned.” She’s not worried about her words being interpreted diversely by a wide readership, though. “I think poetry can hold all of the different facets of life and language […] Maybe it will have its own meaning to them and I’m kind of OK with that.”

There is a certain mysticism about Barclay, a gay witchy vibe that comes out in her references to astrology and her use of the verb “conjuring” to describe the act of writing. As she explains, “the thing I really like about astrology is not that I really 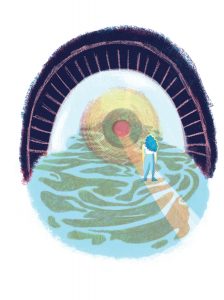 feel defined by it, but that it gives me a lot of images and archetypes that I can then make meaning out of.” She’s also refreshingly unpretentious about her craft and the romanticisation surrounding poetry. “It’s so weird. Being a poet is so weird, because you’re simultaneously really coveted by society, but not super compensated and I think I’m comfortable with that — but it’s a weird paradox.”

In person, she is much the same as on stage: warm, laughing, pausing at the end of her responses to ask “does that make any kind of sense?” At one point, we pause the interview during a meditation on cultural identity for a cat-petting break. “Feel free to just write about the cat,” she tells me, as Cricket rubs her head against the spiral binding of my notebook. Let the record show: Adèle Barclay has an exceptionally charming cat.

I leave her apartment, my socks miraculously intact, eating the leftover Halloween candy she pressed on me, making a mental list of all the people I will give Renaissance Normcore to this Christmas. Everyone, it seems, is just a little bit obsessed with Adèle Barclay. I think I’m starting to see why. 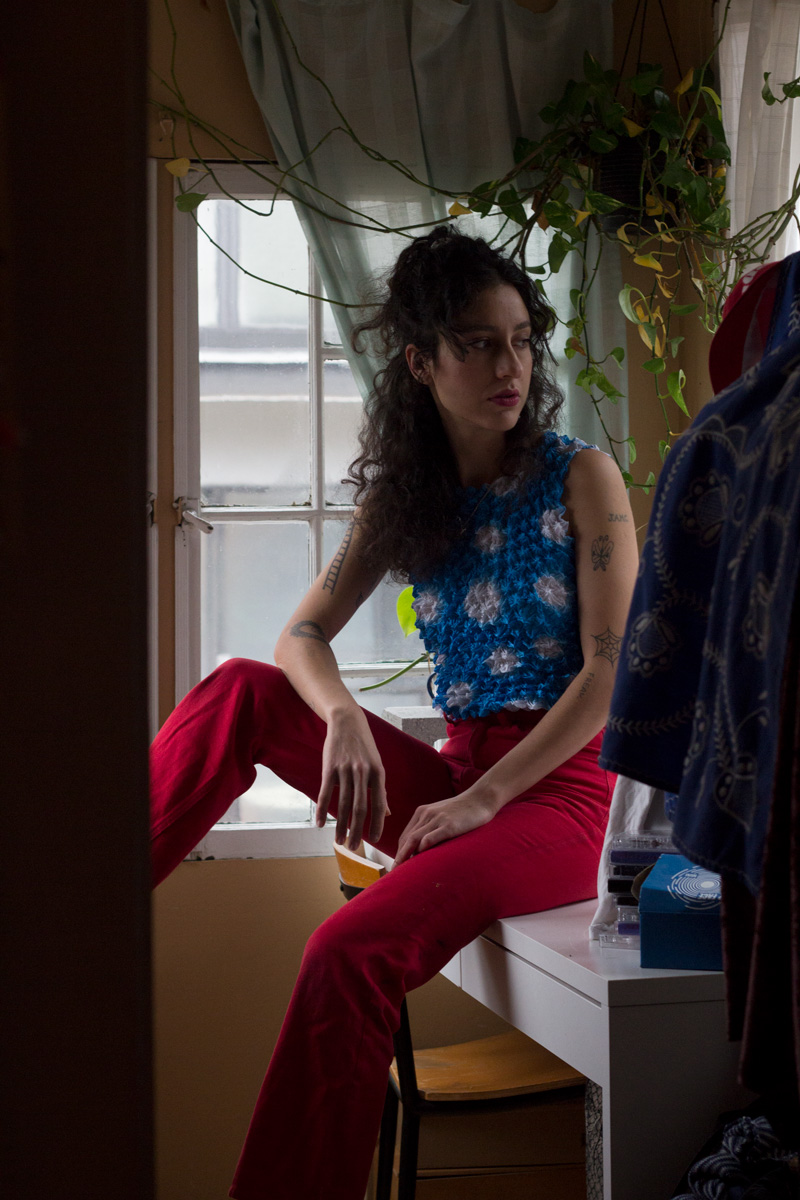 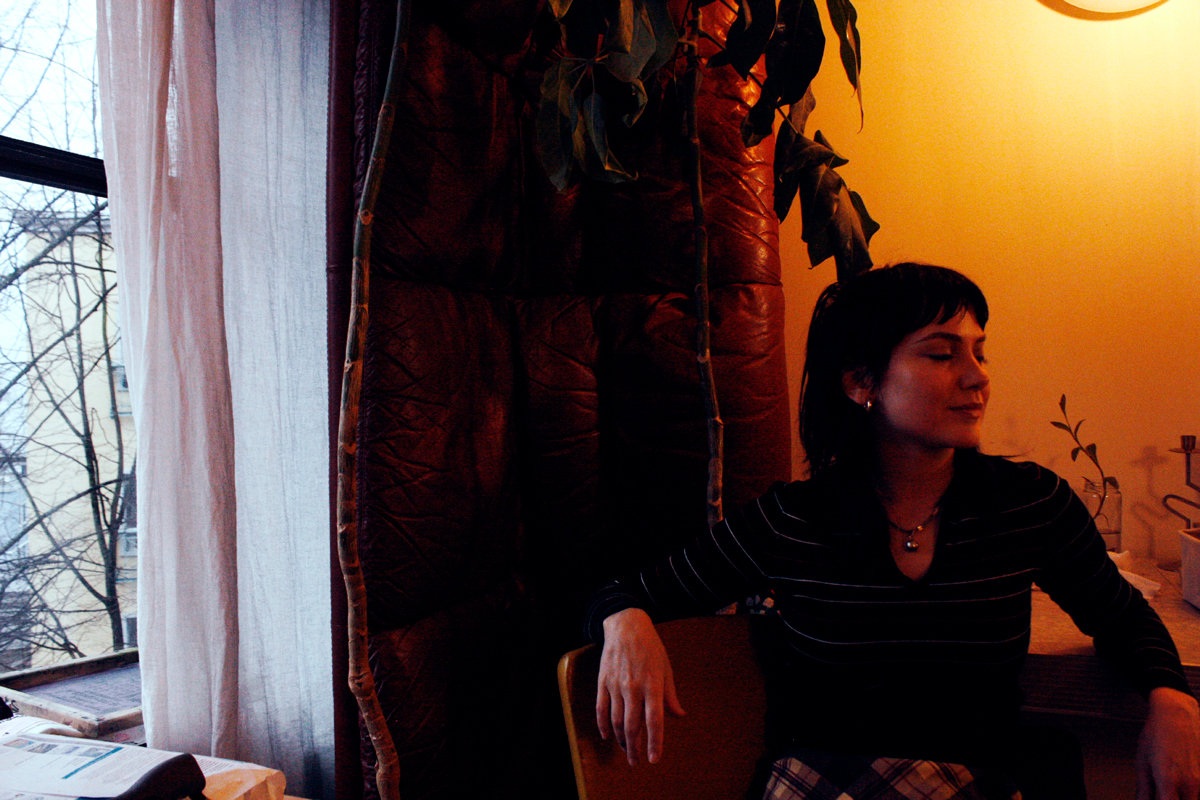