“Up until last year I’d never fallen in love or experienced a broken heart,” Nicholas Krgovich confides in the liner notes on the Bandcamp page of his latest album, “OUCH” — he describes this as his “breakup album,” the first he’s written in his sixteen-year career. “Not even close really. I can’t believe heartbreak is a thing that happens to pretty much everybody! It’s so wild! Maybe the wildest thing besides having a baby or death! No wonder I managed to avoid it for so long. I don’t think I could have handled it.”

Krgovich’s essay summarizes the mood of the twelve songs on “OUCH” as wry, bittersweet and honest. Much like the rest of Krgovich’s discography, it’s a relaxing listen, but hides depths both emotional and musical.

These are understated, homey songs that occasionally swell with electric organ and/or sax, interspersed with songs that strum along like a Jonathan Richman joint, possibily due to Adrian Teacher, one of Krgovich’s many collaborators on “OUCH” and a noted Richman fan. At first the songs seem to make an attempt to push through the breakup pain Krgovich talks about with dry humor. We hear him sing about regifting presents he never managed to present to his ex-lover in “Hinoki,” while the following track, “Spa,” closes with a voicemail message from a friend: “You are thinking about this too much.”

Soon enough, Krgovich’s true feelings come out, as such feelings do. On “Goofy,” which is arguably the emotional linchpin of “OUCH”, we hear Krgovich plainly lament the breakdown of what he describes in the album’s liner note/essay as a “brief but potent relationship,” singing “I feel duped and robbed / And it’s at odds with the vibrancy of spring.”

Of course, by the time “October” (the song) comes around, Krgovich seems to have gotten through the worst of things, while reaching the album’s closing song “Field,” he is reflective on his whole experience, intoning that though he will carry it with him, he also knows that he is “safe.” Here, there are parallels to be drawn with another local songwriter on what is, in many respects, a very different album: Devours’ Late Bloomer. While Late Bloomer is brash and concerned with beginnings where “OUCH” is wistful and about a singular ending, both albums deal with attaining self-knowledge in relationships, especially as their respective authors are both gay men who, by their own word, came out and/or entered relationships relatively late in life.

Even as “OUCH” deals entirely in “specificity” (as Krgovich admits in the album’s liner notes), there’s a plainspoken quality to its songwriting that makes it universally relatable. Who among us hasn’t had an experience with an ex or unrequited love like the one Krgovich sings about in “OUCH”’s penultimate song, “Lido.” The album leaves us sighing with some degree of nostalgia or resignation, just as he does, “If it is, I’m dying / If it is, I’m alright,” Krgovich repeats at the end of the song, joined by a chorus of looped sighs and backup vocals.

Put simply, when you listen to “OUCH” you know you’re not alone, no matter how you came to feel that way. 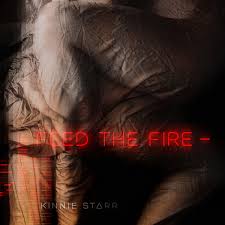