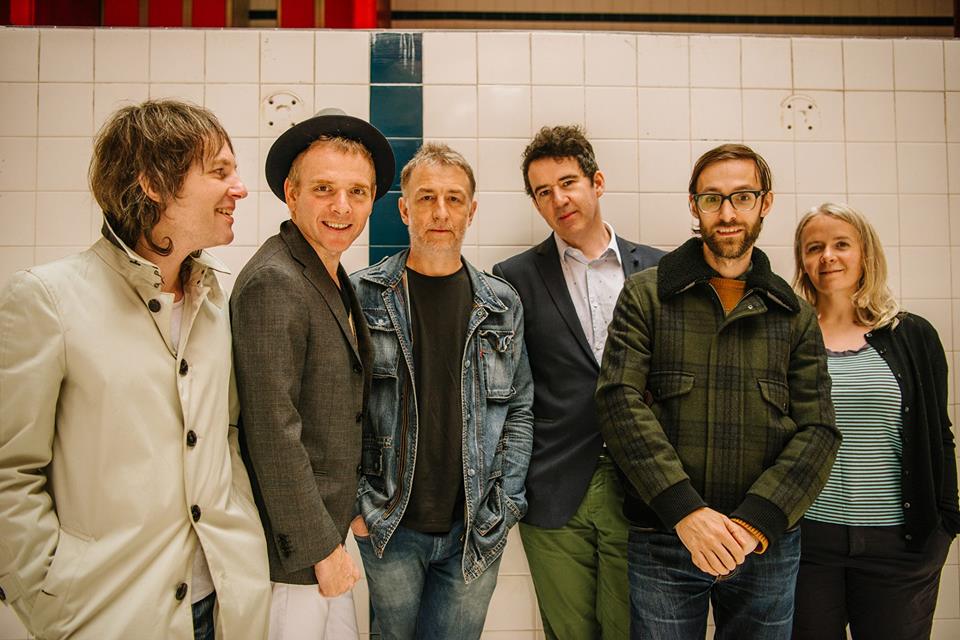 I got to the Vogue at 8:45 PM, with plenty of time to spare before the show’s 9:00 PM start. But as I approached the box office, I heard the unmistakeable sound of live music coming from inside. Posted on the glass was a sign reading “Japanese Breakfast 8:30-9:15.” I got to my balcony seat just in time to hear Michelle Zauner (aka Japanese Breakfast) thank Belle & Sebastian for inviting them on the tour, just before playing “Boyish,” my favourite song. The crowd was awash with purple and green light as Zauner crooned, “I can’t get you off my mind / I can’t get you off in general.” Her ethereal vocals drew the crowd into the universe Japanese Breakfast has created, populated by melancholy romantics and adolescent dreamers.

As Japanese Breakfast concluded and 9:00 PM approached, the empty seats around me populated rapidly. Several groups in their forties and fifties chattered with each other, plastic cups of white wine in hand. A family of four slid in beside me. Groups of twenty-somethings were sprinkled throughout.

And then it hit me: I had first heard Belle and Sebastian, “The Boy with the Arab Strap” to be precise, in the movie (500) Days of Summer. 2009 was a simpler, naive time, back when I agreed with Tom Hansen (Joseph Gordon-Levitt) that Summer Finn (Zooey Deschanel) was perfect — the epitome of a beautiful and lovable woman. I can’t speak for all the twenty-somethings there, but my experience of Belle and Sebastian is inextricably linked to the mood of first act of that film: one of pure, optimistic love, blind to the the inevitable heartbreak that follows idealizing a romantic partner. As I processed those memories, I was immediately nervous about revisiting those teenage feelings and reverting to that state of mind. But the older attendees must have been there in search of something different, a truer nostalgia that I wasn’t a party to.

The set opened with black-and-white footage of a toy tightrope walker, before the band launched into the upbeat and na-na-na-laden “Show Me the Sun.” Stuart Murdoch’s silky singing voice was only outdone by his Scottish accent, which became more obvious when he spoke to and charmed the crowd. We were putty in his hands as he took a seat at the piano, then bolted up to rip off his orange fleece and carry on.

The band was lighthearted about their age and varied critical reception, with Murdoch saying they would be playing “a bunch of songs spanning time,” including songs from their “maligned mid-period” that they promised we would like. The evening was full of fun and whimsy, and the energy that comes from bearing witness to artists who still love what they do. Murdoch sang balanced on the railing between the crowd and the stage. He invited people up to dance with the band. He asked the crowd if anyone had had any “major happenings” since the band had last been in Vancouver three years ago – “any broken bones?”

With two unique set lists over the course of their two-night residency at the Vogue, Belle and Sebastian delivered memorable moments to please old and new fans alike.