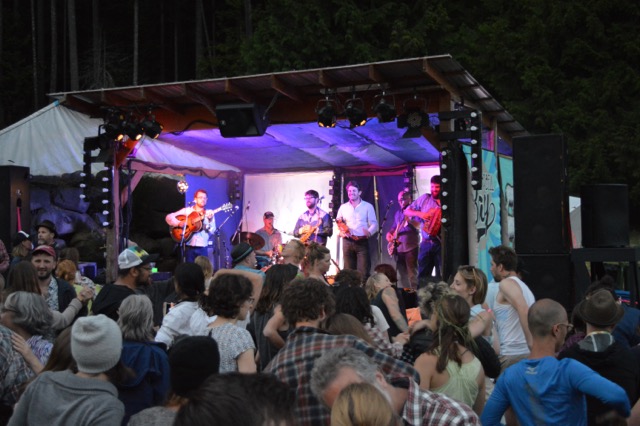 Like any music festival, you have to find your groove before you can settle yourself into the ebb and flow of festival community. Campbell Bay Music Festival is no exception. Even though it has been going for nine years, this Mayne Island festival has no formulaic feel to it — just people who love being on an island listening to music together. For the first time in maybe 20 years, I found myself looking for a shady camping spot near a bathroom, but not too close. I should add that I brought my two kids. We set up near the top of the hill, away from the real partiers, amongst the somewhat familial folks who had an idea of longevity and pacing for the weekend. But the real bonus was the afternoon shade.

The festival runs on volunteer power, while the money from tickets very obviously goes into securing excellent music from all over North America The folks who run it genuinely seem to be in it for the show. It was a perfect balance between every kind of music you’d want to encounter at a festival: bluegrass, 80’s synth haunt pop, slam poets, western shirts with pearl topped buttons, steely guitars, soul country, folkish rogues, naked beach jams and jokesters. There was art, murals, moving meditation dancers, hoop lessons, indigo dye workshops, and so much more.As for the bands, there were too many to talk about individually. Each had its own separate and sublime quality, I could never fully capture, so I’ll vociferate a few of the standouts for me.

On Friday night, Thus Owls, a Montreal-based Swedish/Canadian duo, caught my attention with the singer’s heart-centric soul stuffs lingering in my ears. She ascended while the steely guitar stayed grounded, a friendly reminder to watch from below. There were The Revelers, a high energy grass-cajun-roots act that every Acadian can deeply relate, and Nanaimo’s experimental electronic band, Top Men who did a cover of Peter Gabriel that made me cry a little tear in my beer under the stars from my tent, while I watched my finally sleeping children.

On Saturday, the goat-voiced ravens woke at 5:30 to let all merrymakers know how incredibly inconsiderate we were to have bothered their sleep cycle. A few hours later at the Farmers Market, I had the pleasure of seeing Shelder the Electric Clamfish. Imagine everything good about a stand-up bass, an accordion and a trumpet all wrapped in a two piece where crinoline and polka dots simultaneously exist. It was East Coast shanty meets the styling of a west coast kid and it was a definite plus. Thanks Shelder.

Saturday was hot. Damn hot. The shade of the forest stage was perfect for the hilarious afternoon puppet show, Some Bunny Loves You. Plus we could check out the murals around the site, some of which were in the midst of being painted. There is nothing I love more than to frolic through a forest glen and stumble across artwork, some of which were vaginas. It made me happy to see not only vaginas but some also issues of colonialism and Indigenous Women amidst the murals — it was the first visible example of a real deconstruction of normative music spaces.

After a swim and losing our only set of car keys at the beach, we returned to the Main Stage to catch Tremblers of Sevens. I am not sure what the name means but, Hallelujah!, Rad and Wise made up the two piece klezmer doom-blues act, whose music was a primal adventure into the here and now as filtered by the id. Ptarmigan, Only a Visitor, Brishen, Fish & Bird were also all solid shows with great lyrics, musical constructions and depth.

Stash! Band was hands down my favourite act of the festival. While I had never heard of it before, they were a mexi-grass band, combining metal, bluegrass, punk-funk music into one. The guitarist Stash Wyslouch was the obvious lead, weaving his picking styles into a guitar, while fiddle, drums, gang lyrics and raucous country voices of the stand-up bassist made for a music as original as the Basque language. The crowd went wild, and for a moment I thought I was watching what might be the love child of Dean Ween, Flea and June Carter. So good.

Cuddle Magic hailing from the Brooklyn, NY, were engaging and had everyone singing along. At this point, the sunstroke kicked in and I had to lay down even though there were still more bands, more artists, more dancing and more frisbee throwing to go around.

The only down side to the weekend was getting home. There was a huge delay because a BC Ferry died.

I had perhaps 7 hours of sleep over the course of the weekend and I got sunstroke. The details of the festival began to blend into general feels of joy meets tired meets I never wanna leave Mayne Island meets there is not enough coffee in the world. I almost didn’t write this, because I don’t want y’all to show up next year. Keep this shit under your hat.

If you do want to go, self-assess and see if you meet the requirements: Do you love, like truly love music? All kinds? Can you talk for at least half an hour on any random musical subject and find it meaningful? Do you want to experience a cornucopia of musical genres that have medley of alt-fusions at their centre? Are you prepared to see accordion-driven ska-cajun-bluegrass as only Ween might be able to do it? How about 7/4 rhythms that spin around and around and around? Do you even like people? And lastly, do you like standup bass? If you do not like the standup bass don’t bother coming over at all. 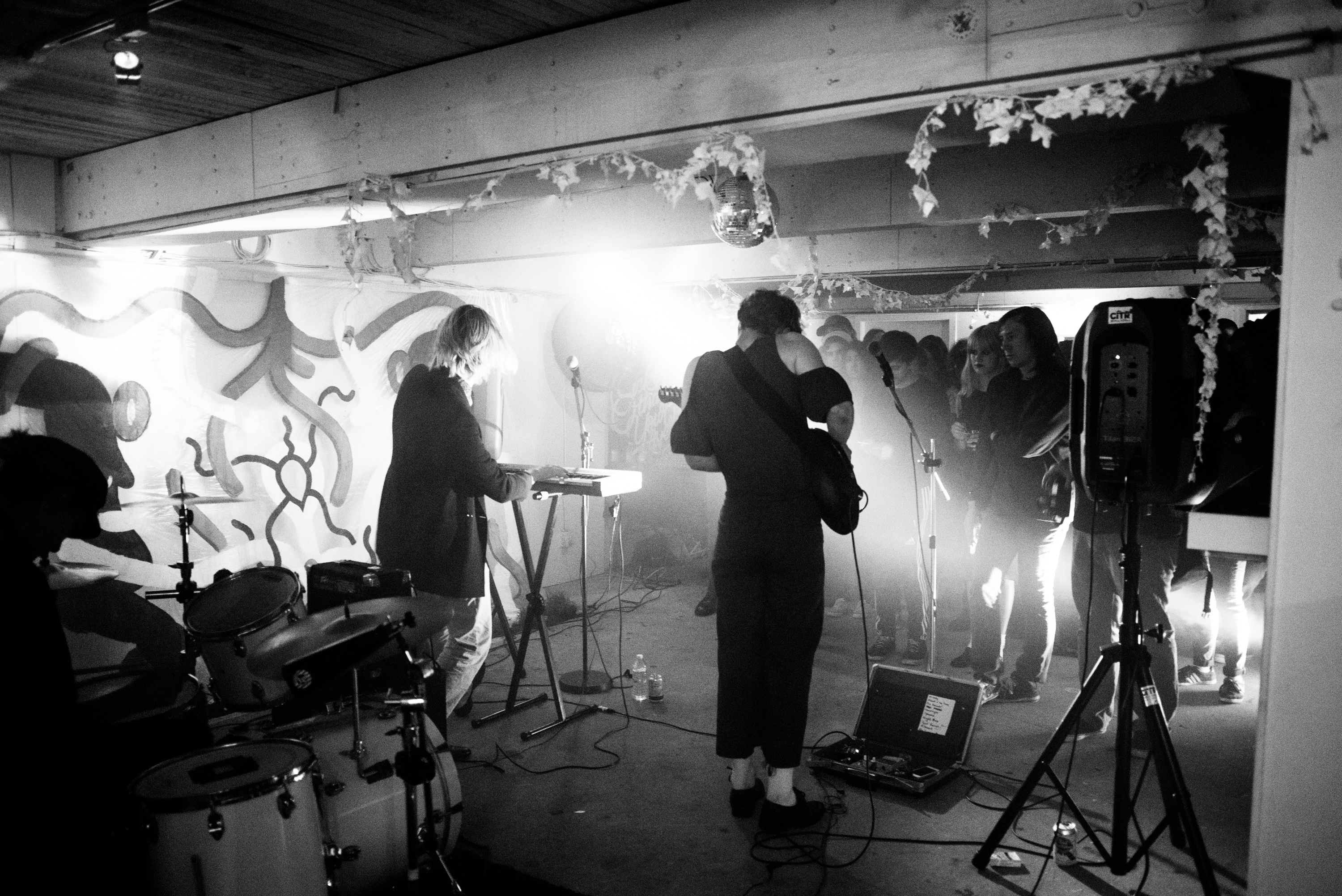 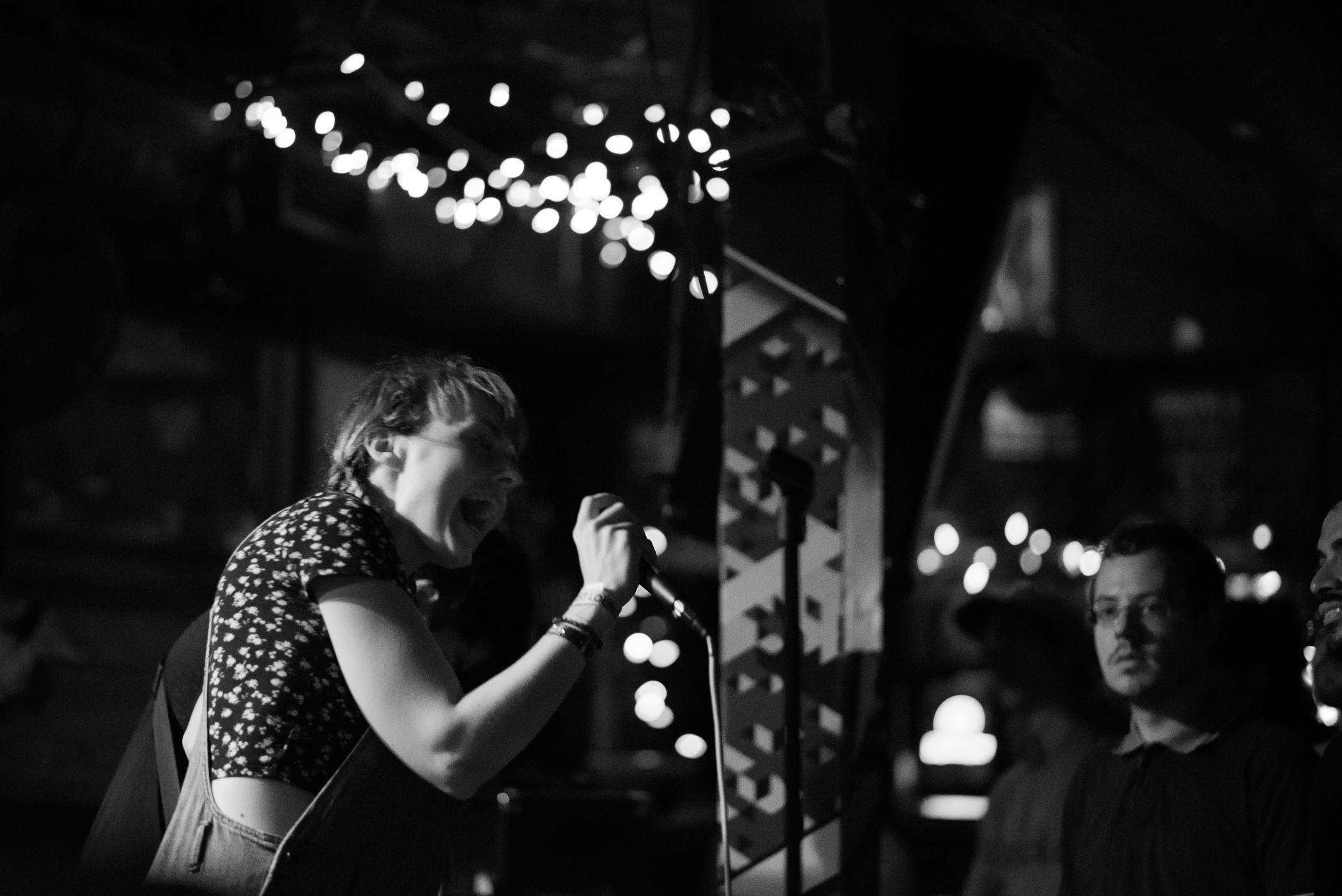