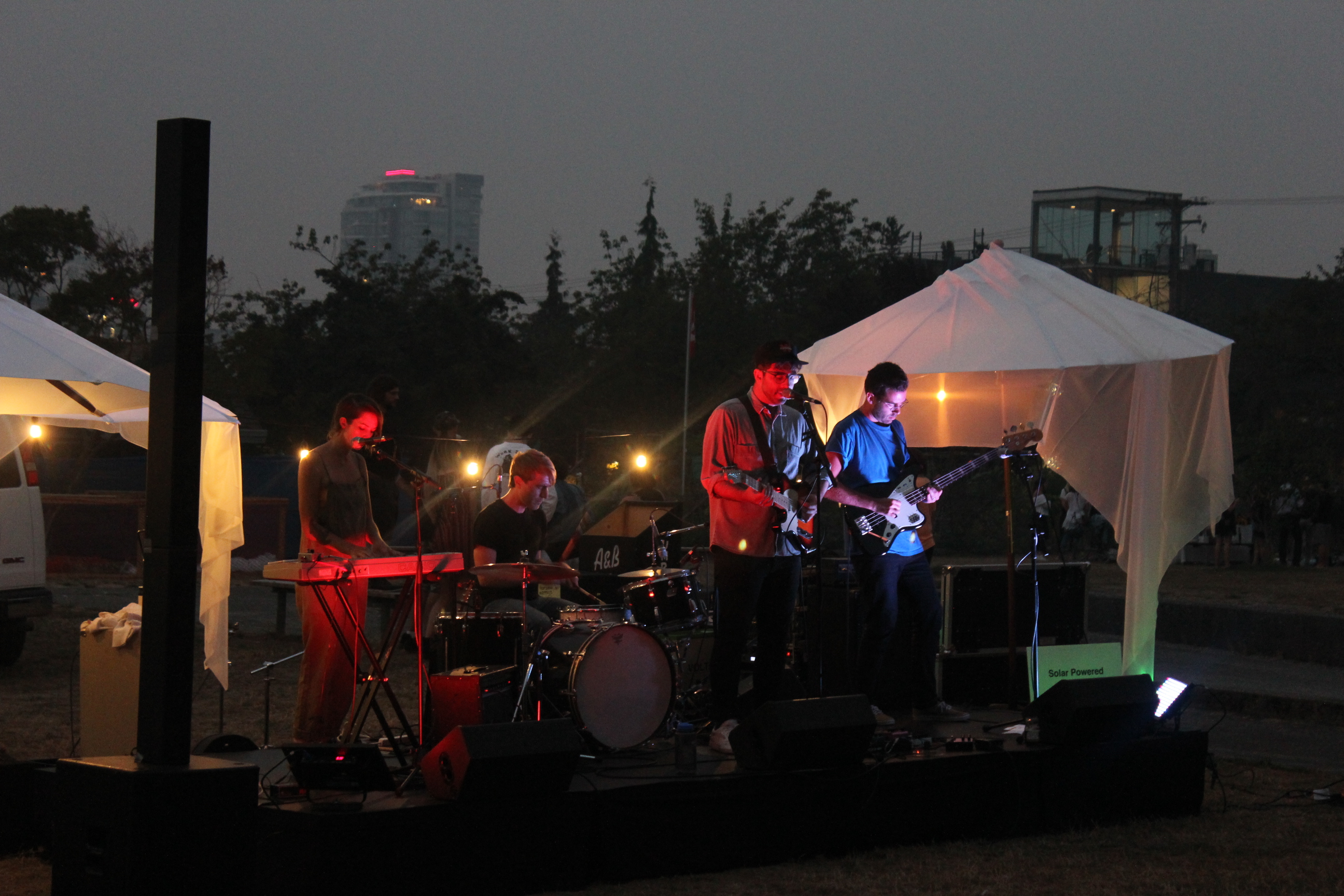 The southeast corner of Jonathan Rogers Park was a mosaic of blankets, creeping up the steep embankment on the edge of the field. Just out of range from about thirty hollering rugby players, the Sonic Summer Nights stage was plugged in and lighted, awaiting the final show of its three-part series.

Flanking the stage, two surprisingly inconspicuous solar panels rested, facing upwards towards the smoky sky. Amazingly, those panels were the sole source of power for the entire setup, the masked sun still managing to charge one of Portable Electric’s Volt Stack power stations with clean and silent power. Just as much as the evening was a showcase of local music talent, the show was a proof that there are more sustainable options than noisy, fossil-fuel burning generators for special events.

First to the stage were The Good, The Bad and The Banjo. While it’s clear who The Banjo was, The Good and The Bad were toss ups between the bassist and guitar player / vocalist. With a mix of originals and covers, the folk trio from Maple Ridge were casual on stage, comfortably strumming with little to no outward signs of enthusiasm or effort. And while they were demonstrably capable musicians, the whole set seemed more akin to a backyard jam session between friends than a public performance. The most exhilarating moment of their set came when the sound of the bass disappeared without warning partway through a song. Had the power source revealed a weakness? Did the relatively simple setup of the first band overload the generator? As the rest of the band continued on with the song, the bass player, along with the sound person troubleshot every moving part, eventually swapping out the amplifier, bringing the bass back to life. The power had not failed, and Portable Electric’s demonstration had not been embarrassingly derailed during the first act.

As the rugby players packed up behind, The Good, The Bad and The Banjo followed suit, making way for the second act, Blue J. Less than one week after releasing their debut EP, the indie pop quartet was as tight as they could be, considering their music is about as mellow and relaxed as music can be. Drummer Adam Fink’s simple and steady beats synced up perfectly with Mark Whiting’s lazily driving bass lines, while Lindsay Sjoberg and Justice McLellan filled out the atmosphere with synths and guitar. Over the course of their set, the sun sank below the hazy horizon, and I felt the closest I’ve ever been to being within a coming-of-age rom-com.

With the sun down, the final act took the stage. Colin Cowan & the Elastic Stars ended the night at its most energetic, bringing out their pysch-heavy brand of pop to the park. The ever-morphing Elastic Stars were a four-piece this time around, with Colin Cowan on guitar and vocals, Jenn Bojm bass, Josh Zubot on violin and Johnny Payne on drums and backup vocals. Bringing out tracks from all over Cowan’s four seasons records, as well as a few choice fragments of Deep Purple’s “Smoke on the Water,” The Elastic Stars were far from polished, but the humour and energy with which they performed made up for it.

With one final burst of a song, The Elastic Stars wrapped up the evening and the crowd spread out along the embankment wrapped up their blankets, marking the end of the Sonic Summer Nights. 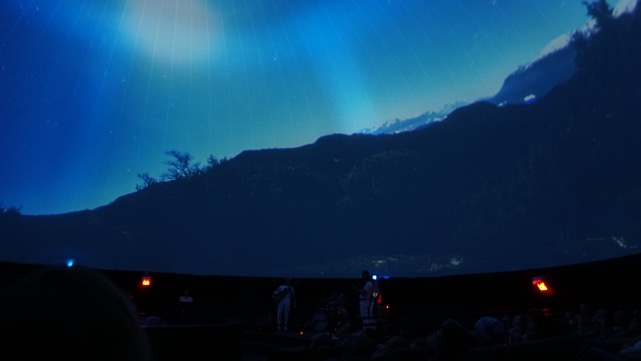