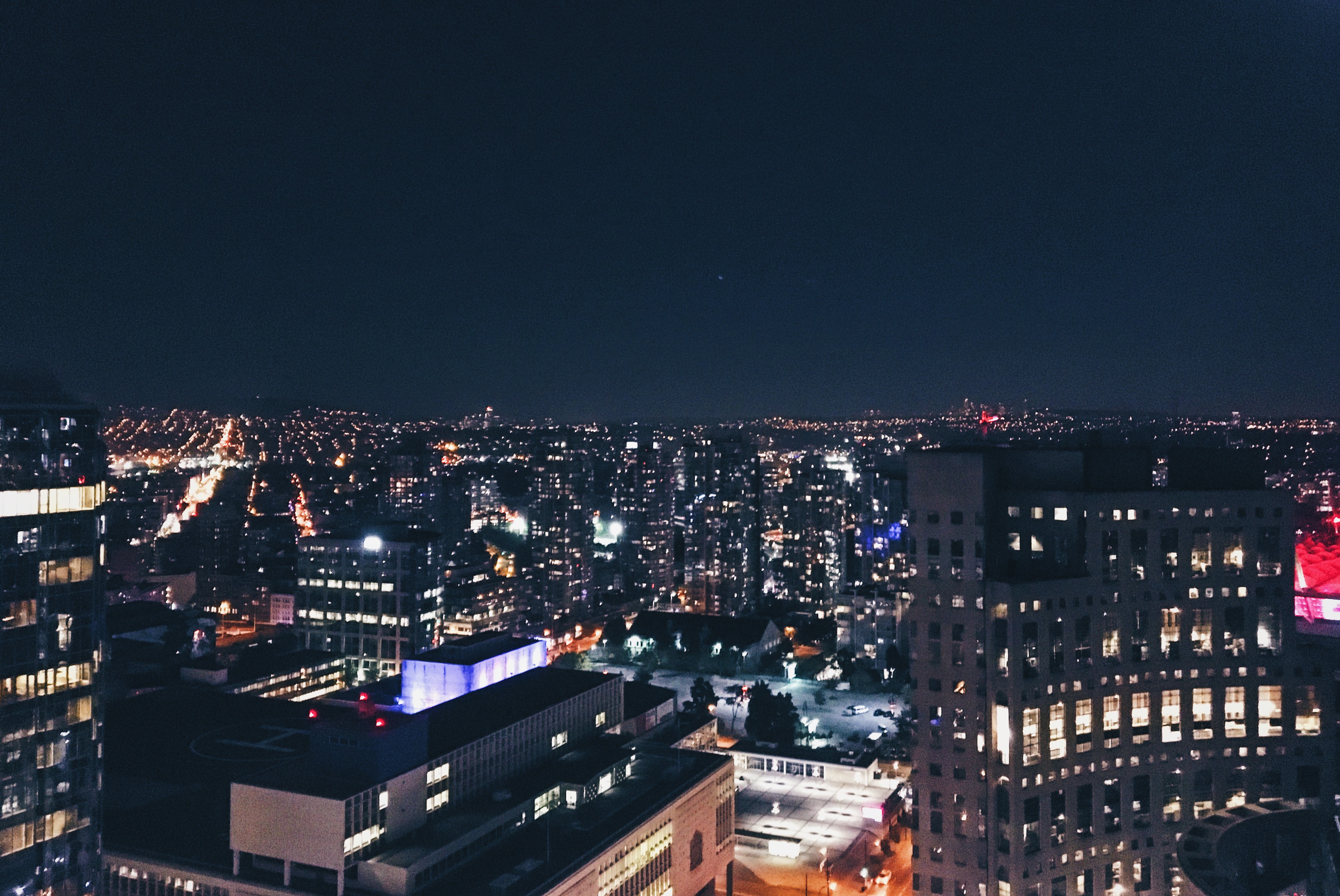 “Is this the Q&A for the film?” asked the woman behind me in line. I honestly didn’t have a clue. As I made my way up the steps to the Telus Gardens, all I knew was that I was here to review SpaceMelt, a self-described “happening” hosted as part of the Vancouver Queer Film Fest, and that I should be prepared for a “one-time-only magical, musical, dance, and visual art experience.” Vague.

The mystery continued with masks being doled out to guests in the lobby, and we were instructed to have them secured and on before entering the masquerade. We were also given sheets of assorted stickers not only meant to decorate our masks, but to be put anywhere on our body, or, after gaining consent, on somebody else’s. By the time the lights had dimmed and I had found a seat facing what I assumed to be the stage, staring somewhat bemused at the masked faces around me. I was ready for SpaceMelt, whatever it turned out to be.

Then the Melt began. Using a variety of instruments — from clarinet to trombone, piano to recorder — the SpaceMelt collaborators worked to create a dissonant, harrowing soundscape. Adding sparse guitar, punchy drums, and discordant keys to the mix, the instrumentals of SpaceMelt constructed haunting, oblique textures that fell somewhere between avant-garde jazz and psychedelic rock. Combined with the talents of renowned guest dancers Jose Guiterez Xtravaganza and Kevin Stea, who furthered the mood with emotive, kinetic movements, the night conjured up an atmosphere that evoked collaboration.

So many shows in Vancouver are traditional, in that an artist will be on stage, play their set for an audience that consumes their performance, and then call it a night. SpaceMelt played with this seemingly static framework, blurring the lines between performer and audience. Everyone — artists and audience alike — wandered around the room, alternating between idling among the seats, sitting in the aisles, or grabbing drinks from the bar. Others were given various cardboard cutouts and marked, ripped or destroyed them to the backdrop of the music. SpaceMelt went beyond mere audience participation, seemingly eradicating the idea that a divide existed at all.

As the performance neared its end, the space was abuzz with inhabitants chanting, “Melt, Melt, Melt.” I’m still not sure if I could properly convey the experience of SpaceMelt — all I know is that I left feeling invigorated.