Exodus of the Year

I’m assuming Yoncalia Drain opened the show, because they were on the bill—though the female vocalist kept referring to them as “the opening band,” so maybe it’s a working title.
Either way, the two-piece, featuring Lyn Heinemann (vocals/guitar) and Gregg Steffensen (drums) fit in perfectly in the low-light, velvet-red room. Heinemann’s lovely, sandy voice was the highlight of their set.

Next up was Forest City Lovers, a band composed partially of members from my hometown of Guelph, Ontario. Kat Burns, Mika Posen (also of Kite Hill), Kyle Donnelly (also of the D’Urbervilles) and Christian Ingelevics were joined by new member Claire Whitehead (of the multimedia Guelph-based project Polydactyl Hearts) on the cross-country tour that they’re documenting for Exclaim! (find it here). Their set was varied and melodic, mixing songs from their recent release Carriage (“If I Were A Tree,” “Constellation”) with older fare I was nostalgic for, like “Country Road.” Burns is one of my favourite contemporary Canadian songwriters, thanks in part to her knack for well-crafted lyrics that are intimate and tender without dipping toes into any earnest Canadian lakes.

Just when I thought the Lovers had sung me the perfect lullaby, Royal Canoe (Matt Peters, Joey Penner, Bucky Driedger, Matt Schellenberg, Jeff Bruce) hit the stage. Oh my holy synthesizers, coupled with falsettos reminiscent of Beck from his Midnight Vultures days – I was awake immediately. And really, really drawn in to their dancy, hopping songs. To be perfectly honest, I don’t know exactly what’s going on with the message of the song “Me Loving Your Money”—it’s tongue-in-cheek, right? The five bouncy, bandana-wearing Royal Canoeists are tongue-in-cheek, right? I think so. Let’s just say they are and keep dancing, yeah? 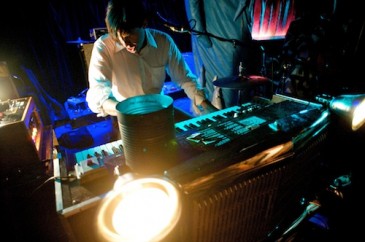 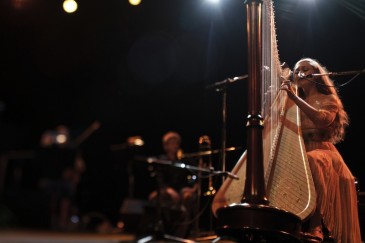