You just know that there’s a perfect time to listen to some albums. Pavel’s electronic, lo-fi mini LP [sic] is one of them. The opener, “Beginner’s Mind” sounds like a come down after returning from a party, a lullaby just before sleep. My first impressions were wrong though, as [sic]’s spacious, hypnotic melodies made of keys and synths, its distortion, and superbly arranged lyrics, force the listener into contemplation, about the future, life, love or wherever their thoughts take them to, making it harder to fall asleep.

Pavel, Alex Cooper’s stage name, incorporates chillwave, dream pop and ambient music in [sic], but the project isn’t unoriginal. Its bulk is made up of slow and mellow tracks like the standout, “True” with its soaring, layered keys, synths and emphatically worded and delivered lyrics. There are also a few upbeat tracks with more energetic percussion scattered throughout, like the appropriately named “Alright.”

The main theme of [sic] seems to be urging listeners to self reflect and value  themselves. “I used to wonder about you / lately I’ve been wondering about me” Pavel sings in “Syndochene, BC.” Its music video also has him dancing with headphones on, seemingly lost within himself. [sic]’s main feature is the space created by the music’s arrangements. They draw you into a contemplative state reminiscent of times gazing across an ocean with your mind captured in thoughts that are only made clearer by the expanse of the water, like a canvas. The vocals are few and very distorted, but the clearest lyrics in all the album are in the song “True”: “I want to be more than I am / and I always will because I always can.” This is not a sad album as it first appears from the mellow melodies and the lyrics in “Beginner’s Mind.” Past lovers that hurt him in “Laziness or Fear” turn into sources of happiness and optimism in “Pile of Smiles,” where he whispers “I want to turn my pain / into a pile of smiles for you.” The message is one of empowerment despite the pain, in order to overcome it, whatever form it takes.

“Untitled” and “Jj” feel underdeveloped but overall [sic] is a coherent project with gorgeous melodies and harmonies, and strong rhyming lyrics. Let it grip you. 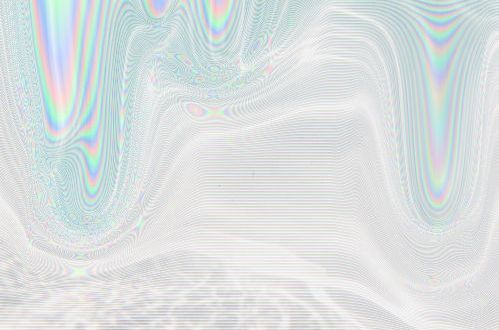