It’s the catchiest thing to come out of Prince Edward Island since Two Hours Traffic. The latest EP from Paper Lions is already gaining speed—getting play on commercial radio, MuchMusic and MTV Canada!

And it’s no surprise. These four dashing small-town dudes from Belfast, PEI will have you singing along in no time with their witty lyrics, revved up guitars and memorable hooks.

The first single, “Lost the War,” is an upbeat anthem with powerful harmonies and building crescendos. Vocalist John MacPhee goes from teenage yelling to silky falsetto, singing about wall decor and youthful adventures.

In “Sweat it Out,” heavy guitars and steady pounding drums help illustrate the grind of working nine-to-five in order to finance weekend debauchery. And after listening to the album, I wouldn’t mind seeing these guys “sweat it out” on stage.

Trophies is the fifth release from Paper Lions, produced by Dan Weston (Attack in Black, Classified). Going off the success of their energetic live performances, the band did away with the cleaner, overproduced sound of their last record, Chucky Danger. According to guitarist Colin Buchanan, the goal was “an album that better represented our live show.”

With a couple East Coast Music Awards under their belt, a performance at Expo 2010 in China and an extensive cross-Canada tour planned alongside Library Voices, the band is all set to take the next step towards international fame.

Thankfully, they’ve changed their name from the former Chucky Danger Band to something just as catchy as their pop-infused tunes.

It’s tempting to dismiss Trophies as a typical indie rock release with the same old Canadian indie sound—and it’s true, a couple tracks seem moderately repetitive. But at least these guys know how to play around with an interesting melody. 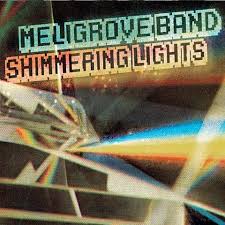