The Meligrove Band’s new album Shimmering Lights can be described as such: ten songs jam packed into 30 minutes of spastic, pop punk lunacy. As always, the songs are light and catchy with shout-singing choruses and bridges and the harder edge of dissonant sounding scrappy intros making them seem more complex and rough.

The album is good; it is fun and perky, but also smooth and melodic. The first song “Ghosts at My Back” is somewhat of an escapade through rolling drumbeats and sulky vocals with a really pleasant addition of horns (or horn sounds) and group wailings. Then the album seems to blend together until “This Work” delivers a chunky and grimy bass line that is just, different. It has one of those atmospheric beats that instantly sucks one into the song; it urges to be instantly recognized when heard and will be damned if it does not succeed in every attempt. The song is a little deeper and weightier than the others, but it has funny moments of the charming adolescent—like voice of lead singer Jason Nunes—that keeps it within the band’s niche of pop beats laced with dark humour.
Last track “Eagles” is so layered in distortion and bass that it is reminiscent of the late Death from Above 1979—which is not a complaint, however it does not seem to mesh with the rest of tone of the album. Previous to “Eagles,” the band kept the gloom cleverly hidden in their wit: on “Bones Attack!!” the hilariously morose repeating lines “If I love you to death / Will your bones attack me?” are replaced by truly satanic shreds and deathly strained vocal “You may love me / But I will love you more.” Compare the two tracks and one would assume they are not only two different bands but two distinctly different genres. It was an odd feel of an ending note, but one capturing the overall presence of the album: upbeat and catchy at most times but left with the residue of past performances. The Meligrove Band has done better than this four year long album and this attempt is merely a flash in the pan, with a few sparks of tamed brilliance, of their past successes. 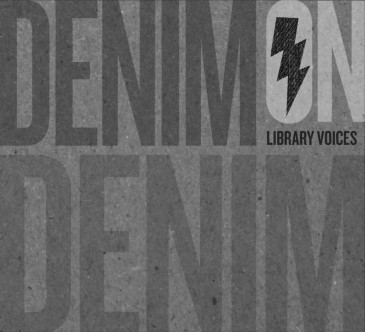