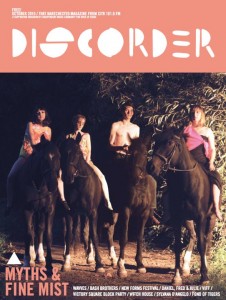 01 The Gambler and His Bride

Early last month I had the distinct pleasure of interviewing three prolific Canadian musicians: Daniel Romano of Attack in Black; Fred Squire of Calm Down It’s Monday and Shotgun & Jaybird; and Julie Doiron, leader of the Julie Doiron Band, member of Eric’s Trip and frequent collaborator with Mount Eerie, Gord Downie, Herman Dune and the Wooden Stars. These three artists began a collaboration last year in the garage of Squire’s Sackville, N.B. home; a collaboration “unlike any previously heard from these fine and versatile musicians” according to their MySpace page. The music recorded that summer, over just a few days, was folk music—and not just any folk music—but the old timey “public songs for singing together” kind of folk music that I grew up with in the deep woods of East Texas; although, there were definitely distinct stylistic differences. After their concert at the Biltmore Cabaret, I met up with the titular trio outside the main entrance of the club where, over some cigarettes and congratulations from exiting fans, we had an intimate but still light-hearted interview—fitting for their music and performance that night.

Fred: We’ll do this [motions to Daniel and himself] no sense talking to her. She doesn’t know anything about this anyway

Julie: I just happen to be there—I’m not even… I’m just a figment of everyone’s imagination on this project… OK go ahead and start the interview.

Andrew: Alright, my first question is about the first thing that popped into my mind when I heard your band’s name—it reminds me of Peter, Paul & Mary. Was that intentional?

Daniel: Naw, they probably just had the same idea as us.

Julie: They were put together by someone, weren’t they? We put ourselves together—well I jumped in. [laughs]
[I put a large X through the Peter, Paul & Mary note and Fred pats me on the back]

Fred: I like your style, man. We’re going to get along fine. [everyone laughs] Shoot brother, shoot.

Andrew: So there’s quite a good description on your MySpace page about your band and how it formed and in it you guys talk about how your record is “a record of folk music, three part harmonies, guitar picking and strumming. Songs of romance, justice, murder, loafing, complaint, horses and gambling. Old songs, in the public domain.” Did you guys have any sort of method or rubric for figuring out which ones to pick? Because there are just so many to choose from.

Fred: There’s a myriad, in fact. Uh, well, no; although Dan did come up with the majority of the ideas for the record. It’s mostly Dan here driving the project.

Dan: I’m just using their fame to skyrocket myself to success.

Fred: No, Dan doesn’t even like us that much. [chuckle]

Julie: He barely puts up with us.

Fred: We don’t really get along.

Julie: Yeah, don’t even talk to him! [laughs]

Julie: Without him we would be lost, or at least I would be.

Andrew: So there was no particular reason you chose the songs you did?

Dan: They were just the songs that looked like they were the easiest ones to do. They were the ones that rhymed and stuff already—for the most part, when I started … after that we got a little more creative.

Andrew: Alright. You guys obviously have a lot of passion for folk music. That was really evident in your show and on your record.

Dan and Fred: Thank you.

Andrew: How did you each form this interest in these songs, especially these kinds of “story-telling” songs that you seem to focus on?

Dan: Well, you can really only write about your boring life for so long, you know? Then there comes a time when—

Dan: —whether it’s permanent or not it’s important to look elsewhere, you know, for inspiration. I’m sorry, for some of that I was talking without really listening to what I was saying… because that guy… but I think that what I said was…

Fred: He was a nice guy.

Dan: Yeah he was.

Andrew: You basically said that…

Andrew and Fred: …you can only talk about your boring life so long before you have to look for inspiration elsewhere.

Julie: For me, because it was mostly Dan’s project. I wasn’t a part of picking the songs or anything, but for me, my biggest passion in general is just singing harmonies and singing along with people, so it kind of could have been any songs. I really trust Dan and Fred, though, and that’s why I really enjoyed singing on this particular record. I just love singing.

Andrew: So for the two songs on the album that you have written, what kind of inspiration drove those?

Dan: Depression. Living in a shitty city. That type of song, really evoking and being evoked through me because of the shitty situation I was in.

Andrew: When you got together to make the album did you start off with the new material or did you write it as you were recording and working through the public domain songs?

Dan: Yeah well like, probably like 60 per cent of that record we wrote as we … went through them and then there were a couple of them that I already had arranged when I got there. So, the two songs that I wrote were written already and a few of the other songs were already “generally” arranged.

Julie: Yeah, they would be out in the garage doing this stuff and I had my kids around so I was like, making dinner and lunches and stuff, and basically they would work on the arrangements and they would say “OK Julie, we’re ready” and I’d go in and kind of sing it along with them once and then we would record it. It was very quick.

Julie: I do, that’s how I work on most of my records. I tend to, because a lot of times, the people I work with are really busy and so when you finally have a week off, you do it as fast as possible. I don’t have much trouble coming up with the harmonies on the spot so it really isn’t any pressure for me.

Andrew: I’ve noticed that you do this thing when you sing, where you move your head and “phase” your voice in and out of the mic’s range.

Julie: I think it has come from experience. I like the idea of having the volumes change and having some kind of dynamic control. Since I’m not playing guitar or anything, it’s my only recourse for me to dabble or experiment with the idea of it being louder or quieter. That sort of thing, especially if I’m about to go loud, I’ll move back and kind of swell into it. It’s a way of “mixing” myself.
Andrew: What lead to you guys doing this at all?

Dan: Uh, I just wanted to make a record with Fred because we had toured together before and bonded, so I asked him if he wanted to and he was into it and when I went out there Julie was there and we just … made the record. We didn’t even really know what it would sound like.

Andrew: Was it your idea to put the chairs on the dance floor?

Dan: Actually the chairs were the [Biltmore’s] idea.

Andrew: Oh, it was the venue’s idea?

Andrew: I thought that it was a very good idea and it uh, really tied the room together.
[everyone laughs]

Fred: Did it not? The rug—that rug really tied the room together did it not? But the chinaman is not the issue here, dude. That’s not the preferred nomenclature.
[laughter]

Andrew: Speaking of nomenclature, folk music—what memorable experiences have you each had with folk songs, hootenannies and hoedowns?

Fred: Whelp, you can come down to my kitchen any day of the week and that’s what it sounds like. Minus Dan of course, except for when he’s in town. Or when Julie’s in town. And there’s a good bunch of people in Sackville, where we recorded the record, who sound just like that. Well maybe a little bit different, more of an East Coast style of folk music which is impossible to explain. “Folk music”—what is it? I guess it has more of a “fisher’s” type sound but the fact that we recorded on the East Coast has nothing to do with the songs picked or the subject matter. East Coast music, kitchen party type of music, is completely different. If you want to come by, or if anybody wants to come by, they can come to my kitchen on 19 Kirk Street in Sackville, N.B. It’s always ready for a good round of music.

Dan: I grew up with folk music, my parents play folk music. So there are lots of experiences.

Andrew: Any musicians that stand out in your mind?

Dan: That I liked?

Dan: Well it always changes. Right now all I listen to is George Jones. He’s not a folk artist; he’s a straight country artist … and that’s pretty much all I want to listen to at all times.

Andrew: You all have multiple projects going at once. How do you juggle them and what do you think the future of this particular project will be?

Fred: I don’t reckon there is necessarily a future for this band. It will go as long as it has to go and that’s pretty much it. We never imagined touring this act in the first place whilst recording. This is just a bit of extra after the recording. As for the first part of the question, I guess with time schedules, everybody’s availability … that just seems to work out. We’re also willing to work as well, as musical players, as musicians as the public deems us. It will go for a certain amount of time and when it’s over it’s over. We’ll just let it go and there it was.

Dan: Don’t worry about it.

Andrew: Is there anything you want to say to the readers of the Discorder?

Andrew: Using this interview as a vehicle for your message.

Fred: Yeah, don’t waste water! There’s no point in wasting water because we need water. If you can get around wasting water, you’re OK. Do not use it wantonly. It’s a precious resource, more precious than gold in so many ways.

Dan: Buy the Minor Threat discography, which is on Dischord Records.

Andrew: Should we include Julie in this?

Dan: She would probably say— 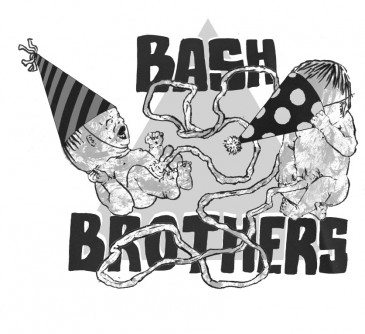