Albums made by Mark Linkous are the kind you really appreciate. It’s not just because of the music, but also because each album feels like it’ll be his last. Things like swallowing enough drugs and booze to knock you into a 14-hour coma give rise to such outlooks. Linkous actually performed the above act in 1996 when he lay in a kneeling position for so long doctors almost had to amputate both of his legs. He spent the next year locked in a wheelchair. Since then he has coped long enough to release a few more albums, but the five-year absence since his last recording has begun to worry many. Thankfully, Linkous is now calming fears with Dreamt for Light Years, which proves to be his most essential and strongest record thus far.
On his new LP Linkous continues to develop on the soundscapes that made his debut, Vivadixie, and the much-applauded It’s a Wonderful Life into little-known classics. It’s still in the vein of those older albums, but now his brand of spectral americana is tighter and more focused than before. His voice still sounds like Neil Young wheezing through a ventilator. High-profile friends continue to make appearances, like Tom Waits, Fennesz, Dave Fridmann and even Dangermouse. And he continues to pen some of the most heartbreaking lyrics around. “I could look in your face for a thousand years/It’s like a civil war of pain and of cheer,” from “Shade and Honey” is one of many great moments of lyrical prowess.
Where this album really rises above its predecessors, though, is in the consistent strength of each song. No throwaways plague the album like they occasionally did on past efforts. Also, the flow finally works. The odd fuzzed-out rock songs now fit into the fold perfectly with all the slit-your-wrist ballads.
Ultimately, like everyone, Linkous’ time among the living is limited, so enjoy his music while you still can. All the year’s best-of lists are going to tell you to like it anyways. 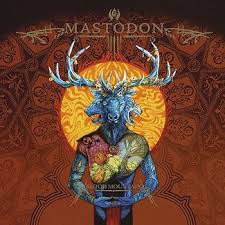