Considering how haunted their music often comes across, evoking in parts Bill Callahan, Leonard Cohen and Jandek, Andy Resto and Ace Martens of minimalist guitar and drums duo Echuta are a pretty approachable (and fun) pair.

In addition to playing guitar in Echuta, Resto writes and performs the lyrics and essentially masterminds the band: “I can hire and fire whoever I want,” he jokes. Martens accents Resto’s compositions with what Martens himself terms “decorative drumming.”

“I’m not a traditional style drummer,” Martens notes, with some understatement. The two started playing together not long after Resto started writing Echuta songs. Both Resto and Martens admit that they are beginners in their respective roles in the band. Resto had only started writing and recording songs a year or two ago, and Martens had “never sat behind a drum kit in his life.”

There’s a certain wryness to Resto and Martens’ sense of humour. After all, the name of their band is taken from Star Wars, of all places — specifically, an untranslatably rude turn of phrase from a throwaway gag in The Empire Strikes Back. Yet at the same time, one wonders if this title hints at a deeper examination of untranslatability — or better yet, ineffability — in Echuta’s output. Indeed, Resto seems to embody this struggle even during the interview, often finding himself talking in circles (his admission) trying to place his words just so.

Resto meditates on this point in his own elliptical way. “I guess what inspires me is music or writing that is incredibly personal in a particular way, not so much personal in the way that I have to write about what I did yesterday or the names of everybody that I know, but in that the way I express something is necessitated by who I am or what I think about, [such] that I wouldn’t be able to translate it into something else because then it would [be] disingenuous.”

“It’s an attempt to not compromise, but also [to] not just… have experimentation or oddity just for oddity’s sake, but more for honesty’s sake,” Resto continues.

For all this talk of honest songwriting, Resto resists calling what he does “songwriting,” strictly speaking — or worse still, describe himself as a “singer-songwriter.”

In fact, Resto locates his songwriting practice closer to cut-up poetry. “Lots of times I’m cutting out… cutting down… paring down whole sentences to more evocative words,” he says. “I like to write in chunks of imagery… there’s a bit of a thread that runs through it, but [the lyrics] come from these disparate places, to come together.”

Resto and Martens have recently finished work on a new, 11-song cassette for Echuta, tentatively titled Morning Figure When Absolutely Calm. (“Morning like a.m., not like sad,” Resto says. “I think ‘Mourning Figure’ would be too melodramatic.”) It will come out later this year on Agony Klub, a “music & printed matter” label run by KC Wei, best known locally for her solo project hazy and curating the art rock? concert series at the Astoria. Echuta also plans to begin playing shows again, something that went by the wayside when they were recording Morning Figure.

Morning Figure is a record of the latest developments in Echuta’s sound, which Resto and Martens both pin down to working with each other. “I think we both feel a little bit like we push each other out of our comfort zones,” Martens says. Continuing in his wry way, he adds, “Andy pushes me out of my comfort zone in the same way having wet socks pushes you out of your comfort zone.”

With a certain characteristic self-effacement, Resto continues, “I’ll come up with these basic ideas, or whatever it is, and [Ace] makes it a lot more expansive.”

In a similar vein, Resto is humble about his role more generally in Vancouver’s independent music and arts community. (Disclosure: In addition to his musical endeavours, Resto is CiTR’s Music Director, and hosts his own program on CiTR called The Burrow.)

“There are times when it really strikes me how small this world is,” Resto says. “It’s like [we’re] these rats that have crawled out of a sewer, and it’s like ‘We shouldn’t be seeing each other in the daylight, this is so weird’… It just strikes [me] how odd it is to recognize people from day to day.”

Speaking to his involvement in the local art community, Resto continues,”Just because you’re respected and successful within this circle, doesn’t mean it’s not still good to be kind and understanding of people who are wanting to get involved or who have different tastes … it’s bigger than this.”

Echuta is playing with Failing and Old Girl at The Emerald November 10. Morning Figure When Absolutely Calm will be released on Agony Klub in late November or early December. Listen to Echuta at soundcloud.com/andyr-10. 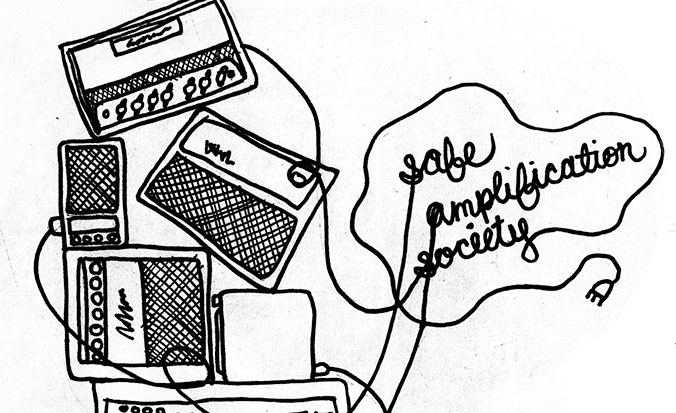