If you’re a white male rapper in Vancouver and haven’t found your niche, check yourself into The Facility. It’s a chill spot with a tattoo shop, recording studios, and a space for concerts, though the concert space felt a little like my community centre craft room. The crowd was an awkward sample of people: about 90 per cent white male rappers, and about 10 per cent rap fans who clearly didn’t grow up surrounded by the culture. There wasn’t a female in sight.

The show featured white Canadian male rapper after white Canadian male rapper, and each performer had the same awkward flow, mostly too fast. Though they did seem to have some lyrical talent when they rapped about how hard it was to be a white M.C., they didn’t have much else to say. My advice to these hopeful bros is to give slam poetry a try, as they don’t seem to be gaining a huge following.

One of the opening acts, Short, played sick beats sampled from the likes of Mat The Alien. But while his beats were dope, he laid down rhythmless rhymes and spit his lyrics out so fast I thought he would choke on his tongue.

Next up was Grhymes, who surprisingly had never heard of the truly talented Grimes. He was another rhythmless, beatless, tiresome rapper; or maybe M.C., which I now interpret as Massive Clusterfuck, is a more accurate moniker.

Finally, the Extremities (Fresh Kils and Uncle Fester) were up with Relic. Fresh Kils, who played on an MPC, gave me something to get grimey to. Most of his songs actually had flow compared to the others. Relic threw down lyrics, somewhat off-beat, creating a strange flow. Playing well-produced tunes that mixed hip-hop and blues with a dash of reggae vibe, Relic brought a chill atmosphere to his tracks.

The essence of hip-hop is based on marginalization within society. What does a white male, often a demographic with the highest ranking privilege, have to complain about? Though most of the acts of the night had nothing to say, Relic seemed to break through this. His lyrics were intellectual and had depth. Having worked with the likes of Shad, this up-and-coming fellow is making some strides in the Canadian hip-hop game. Unfortunately his talent didn’t fully show in the live show. Maybe it was the venue, lacking a stage, but his performance didn’t leave me wanting more.

In summary, this night at The Facility was like a bland vanilla milkshake with a dash of cinnamon reggae spice. 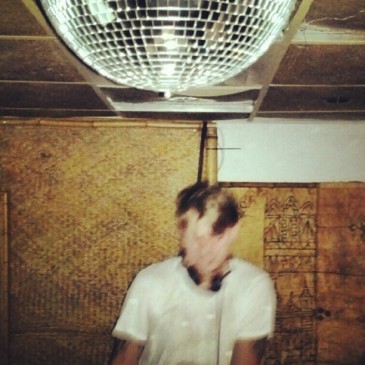 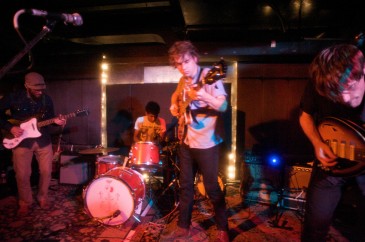