Though I still have some reservations about a band that represents itself with a cartoon image of a spaceman with a finger for a face, Ninja Tune is a respectable label, so I felt this duo deserved a listen. So the idea, I guess, is that these guys got into a spaceship, went far, far away, and then came back with some kind of alien band who also plays electronic music. This would be glorious if the music actually DID sound like aliens had made it, with entirely unpredictable structures and unfamiliar sounds (i.e. more than a bass through a vocorder). Nonetheless, Fingathing succeed in putting together a catchy album. Sometimes formulaic, but still catchy, and just weird enough to tie in the alien space theme. 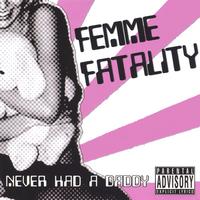