The last time I read about a band trying to amalgamate different musical styles in an effort to express their complex personalities and “influences”, the band in question was Jet. I scoffed—just you’re doing now. I thought bands that try the “we are Everyband” thing on their debut and think that they’re brilliantly unique are doomed. But I was wrong… or at least, I found an exception.

Each time I listen to You’re a Woman, I’m a Machine, I think, “Golly, who are these hip Montrealites?” Cause they’re clearly not Jet. Death From Above 1979 is a band of a thousand catchy faces: there’s handjobbing pop, rock headbanging on the border of emo, and some very sex-ay electroclash. I can only wonder what they’ll go for next, because really they could pull off whatever they want.

There’s hardly a bad song on the album, but the highlights are undoubtedly “Black History Month” and “Sexy Results”. The latter has utterly consumed me. I play it for everyone: roommates, co-workers, partygoers, DiSCORDER’s hardworking staff, the innocent bystanders at CiTR’s booth at clubs week. It just doesn’t get out of your head, or stop sounding amazing. The whispers in French are a smooth touch. If I was a Suicide Girl, this would surely be my theme song.

The real question is this: will they still be cool once you fork out some ridiculous sum, wait in line with some young skateboarding whippersnappers, to see them open for Billy Talent? Ouch. 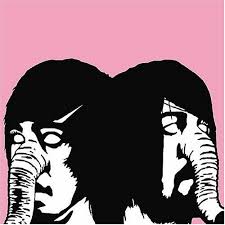