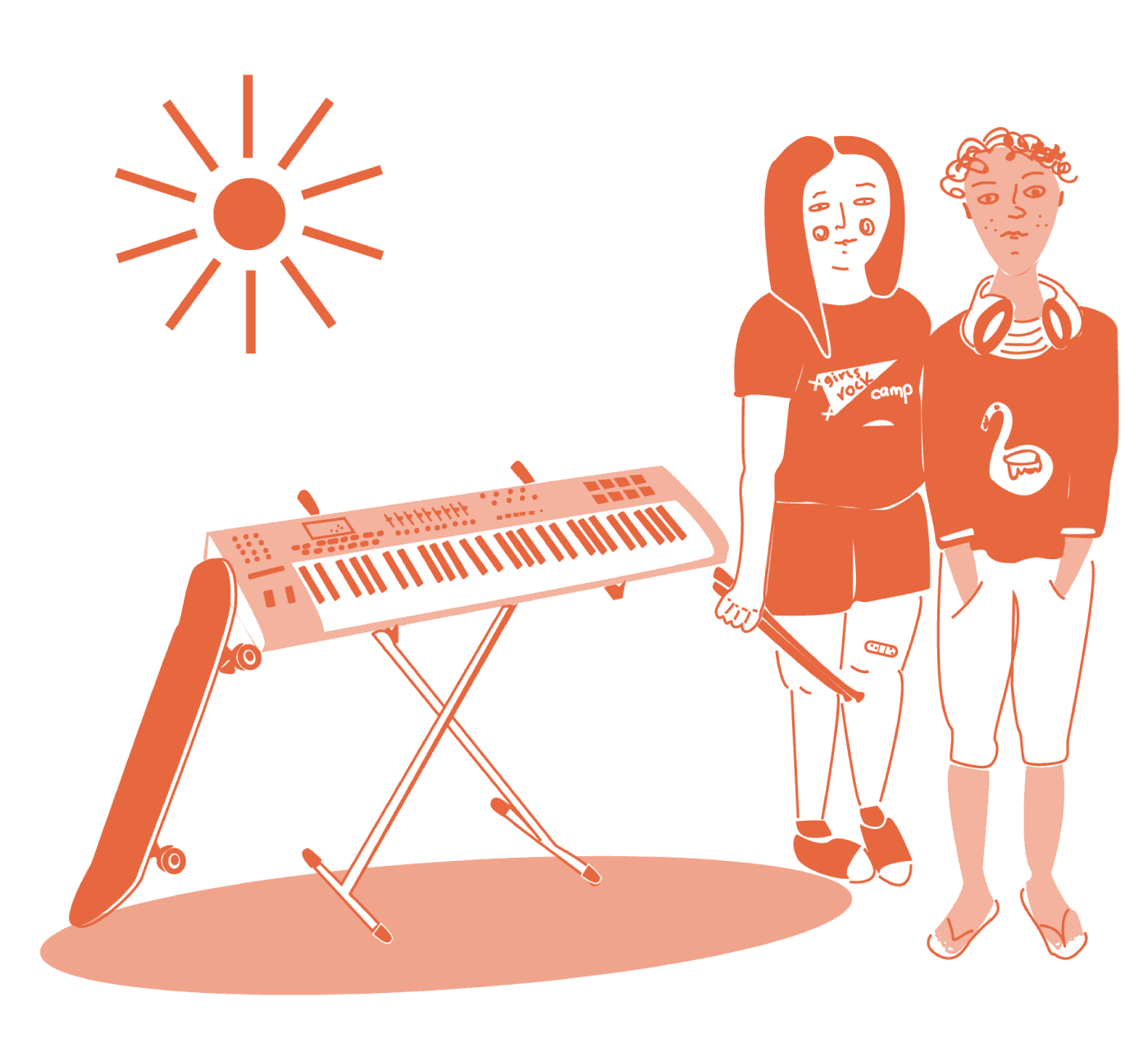 It’s no secret that the music industry remains a boys club. This reality is perpetuated by privilege — who gets the chance to play instruments, who is imbued with the confidence to learn to play them, and who is encouraged to form bands at young ages? Though boys are more likely to have access to music, organizations like Girls Rock Camp are working to change this trope.

Girls Rock Camp is a non-profit, community organization that runs summer camps and after-school programs in an effort to raise girls, trans and non-binary youth’s self esteem through exposure to music. In Vancouver, summer camps are one week long. Campers each learn to play an instrument of their choosing, form a band, write songs together, and then perform to a public audience. In the past, finale showcases have taken place at the legendary Rio Theatre, and are broadcast live on CiTR 101.9FM.

Dusty Exner has been an organizer with Girls Rock Camp Vancouver for two years. Like many people involved with the camp, she is a longtime musician in Vancouver. She found GRCV at a moment when she needed a way to access local community.

“At that time, I was really looking for something to put my energy into because I had been playing in a band and my band broke up, and I was like, ‘that GRC is like a feminist organization that has to do with music, right?’ Being a female musician, it’s kind of a no-brainer. But I also like that it’s really community oriented. It’s about building capacity and building community in Vancouver,” explains Dusty.

Thinking back over her experiences with GRCV, Dusty recalls one camper whose journey proved to Dusty how important early empowerment is — especially for young girls, trans and non binary youth:

“One year we had an 8 or 9-year-old girl at camp who was really, really quiet and introverted, and every day she wore this big huge sweater […] I would go up to her and say, ‘Hi, how are you?’ and she would give this sort of frightened look. And then at the showcase, she rocked out so hard. She was singing and her lyrics were so powerful.”

Dusty continues, “After the camp, we got an email from her mom thanking us so much because she said that her daughter had been going through […] really intense body issues. She had so much fun at camp that she told her mom she wanted to keep playing guitar and come back next year.”

And this is the type of feedback that keeps Dusty and other organizers motivated, despite challenges with finding space, volunteer burnout and fundraising. “It’s really important that we are starting young with these girls and teaching them about healthy self-esteem,” she explains. It is worth mentioning, many organizers and volunteers are former campers themselves.

GRCV is just one chapter in the Girls Rock Camp Alliance, sharing the slogan, “Joy is a revolutionary force.” They are not just about the arts, but also identify as a group of “social justice organizations.” Their mandate continues by stating, “We provide resources and space for community building to our membership in order to build a strong movement for collective liberation,” giving the impression that Girls Rock Camp isn’t just a training platform, but the foundation for a way of life. 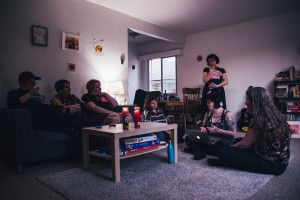 In Vancouver, Dusty points out that the camps and after-school programs are “more workshop-based. So, [topics] like stage moves, or how to rap.” GRCV also works with the Urban Native Youth Association (UNYA). “We run a drop-in jam that’s actually open to boys as well, because Indigenous male youth are one of the most underserved sections of the community — that’s really an area where we have expanded our mandate to include boys and male volunteers,” says Dusty. In addition to these after-school programs, GRCV has just recently started a radio show on CFRO 100.5FM, Vancouver Co-op Radio that airs every other Monday night at 7PM.

GRCV is proud to operate under an anti-oppression framework. Dusty says, “We want to include anyone who identifies as female, as well as trans and non-binary youth. It’s also really important to us to raise up the voices of people of colour, and do rock camp in a culturally sensitive way.” GRCV is constantly working on improving their own understanding of music history, which means being aware of cultural appropriation in certain genres, and sharing that knowledge with campers as they explore their interests: “It’s whatever the kids want to do. It’s called Rock Camp, but it’s pretty much just modern music.” The bands formed at camp have represented rap, pop, folk, punk and plenty that have defied genre designation.

In a time of growth and development for Girls Rock Camp Vancouver, one thing stays constant — their passion and belief that music is the strongest tool of youth empowerment.

To learn more about Girls Rock Camp Vancouver, visit girlsrockcampvancouver.ca. If you are interested in getting involved, GRCV is always looking for volunteers to help facilitate camps and programming. People with the desire and financial means to help support the camp are encouraged to visit the GRCV website to donate one-time, or set up monthly donations. Email info@girlsrockcampvancouver.ca for more info.