Tanglers instantly transported me from the Cobalt to a bluesy, folky beach concert, with people dancing playfully around a bonfire, the tall flame flicking its tail up at the night sky, until the early morning hours. Their jazzy rock with neo-psychedelia influence rattled me from my heart to my fingertips, and allowed the crowd loosen up and sway as the echoey chords and soft drums melded together. The four Tanglers — Andrew Noble, Matt Catellier, Ross Macnab, and Cole Young — played the ideal opening set for a night filled with delicious indie tracks.

Layten Kramer and his band took the stage next, playing higher tempo music throughout the course of their set, due to their more poppy direction of indie music. They started off slow with the song “Shadows.” As all the instrumental elements symbiotically came together in harmony, the tension faded away and the music emulated a dream-like state. The reverb let each final sound to linger in the air, left afloat under the blue-green lights. Gradually, they shifted to more new-wavey and upbeat tunes, such as “Thin White Lies,” one of the most upbeat, danceable songs of the night. The bass was the highlight of this song without a doubt. Although there was less depth and complexity to their music performed live compared to their recorded tracks, there was definitely more energy. Layten Kramer’s blend of so many genres, including alternative folk, pop, psychedelic chill, country, and indie rock just proves how versatile this group is.

Then it was time for the show we had all been waiting for: The Velveteins. Three men walked onto stage — one with wild curly locks tamed by a baseball cap; one chillin’ in the back, hidden behind his drum set; and one with rolled up denim, revealing bare feet on the stage. At the crossroads where Arctic Monkeys and Vampire Weekend meet, The Velveteins tastefully — yet not sparingly — utilized rhythmic bass and cymbals throughout their set. A lot of their older music they played — songs like “West Coast Love Affair” and “XOXY” — seemed to have almost a country twang. The crowd loved them so much, that the set wasn’t enough and after cheering them back onstage for an encore, the band played one final song to finish the night. All of the great music made for a rad show, and showcased the wide variety that indie rock still has to offer. 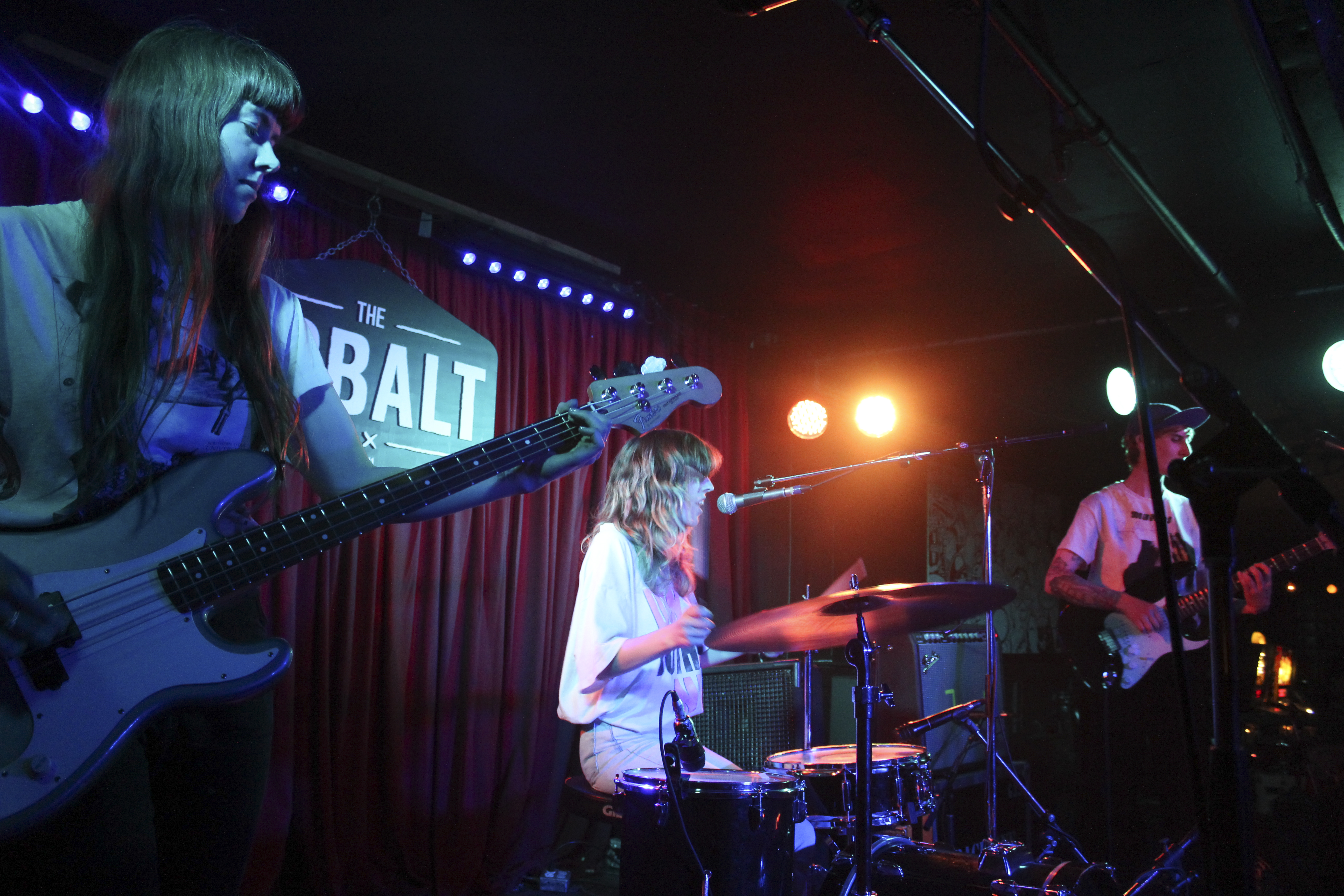