Matthew Caws, the perennial pessimistic optimist fronting the much-loved Nada Surf, has carved himself a pretty impressive career playing mid-tempo emotive rock while still successfully eluding soft-rock radio and the legions of North American soccer moms. It was probably good fortune, then, that Nada Surf peaked early, over a decade ago in fact, with its discussed-to-death surprise hit, “Popular,” as the band has maintained a dedicated following and respectable career ever since. Each successive album purposely avoids the make-or-break trappings of many fame-and-fortune chasing bands (all eyes on you, Fountains of Wayne). Lucky, the band’s fifth album, probably won’t win over any of the group’s naysayers, nor will it surprise any of the old fans, but it still remains a warm and consistent record that is slightly bereft of any extra value added. The two tracks that were leaked earlier this year, not surprisingly the two most upbeat of the ten (“Whose Authority” and “I Like What You Say”), both stand up to – but don’t exceed – previous favourites like “Always Love” and “Happy Kid,” but now with the group quite comfortable in its middle-age, it’s doubtful that Nada Surf will ever mingle in the Top 40 once more. Then again, as long as they have a little fight left in them, we’re bound to get much more of the same, with few complaints from the already converted. 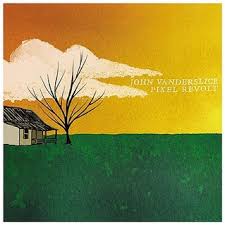