I met with Jeff Cancade, AKA Devours, in Our Town Cafe, a small and sweet restaurant on Broadway. The music in the background and Cancade’s triple decker peanut butter sandwich created a warm and cozy environment for us to start conversing about his upcoming album, Iconoclast. Describing it as more raw, and “a little bit darker” than Cancade’s previous, Late Bloomer, this will be his second self-produced album set to release in March. 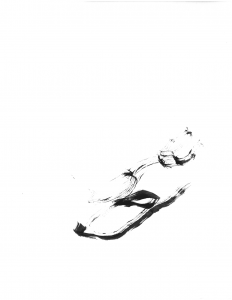 When asked about the title of his new album, Cancade shares that he grew up in a religious environment, where he felt out of place. As the album encounters his challenges with and rejection of organized institutions of religion, he was inspired to name it Iconoclast. “The more I thought about who I was as an artist, the more I identified with the term iconoclast, because I’ve never followed trends in my life. I’ve never really fit in. I’ve always been kind of an independent thinker, and that’s sort of how I define iconoclast: as someone who has their own opinions, and is not afraid to be different.”

Cancade named his album after one of the songs that will be on it. When asked why, he says that the inspiration came from another song that will be on the album: “Beyond Love and Beneath You,” which is about Cancade’s falling out with religion.

When it comes to recording albums, Cancade explains that it’s a completely different process compared to his live performances. “I make music by myself and I usually just sit at my synth and write songs by myself, so it’s like the exact opposite of energetic performing,” he explains. 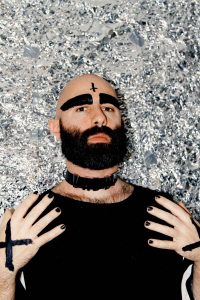 While the recording process for both of his albums is the same, his latest music introduces some new themes. “One of the major differences that I would say between Late Bloomer and Iconoclast is because my first album was making some references to coming out as gay a little bit older than the average. I was trying to still write songs that were universally appealing,” shares Cancade. “Late Bloomer was personal, but it was  sort of skimming the surface, and giving a general introduction on who I was as an artist. Iconoclast is about queer identity, it’s about body image, which is something that I haven’t really – it’s been an issue my whole life, but – I haven’t addressed it in my music much yet.”

Along with body image, Cancade explains that the new album will include a lot of other heavy themes as well, including masculinity, queerness and heteronormativity. “There’s a lot on my mind,” he laughs, “so many themes, I had a lot to get off of my chest.” 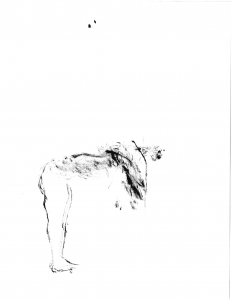 When asked about what motivates him to write about such topics, Cancade recalls that he has been writing personal lyrics since childhood, but it’s only recently that he is able to fully express himself and be totally vulnerable in his music. Cancade also explains that he chooses  to write about more serious subjects now, because in the past few years, there’s been a lot to experience and learn. “I’ve learned a lot more about what it means to be queer, and it has come into the music and the lyrics ” explains Cancade, “so it wasn’t necessarily a decision, like ‘okay I’m gonna make an album about this or that,’ it’s just happening, and it’s a reflection of where I’m at in my life.”

I was also interested in knowing how Cancade felt about releasing music about masculinity in today’s cultural conversations. “These issues are really, really important and I’m happy to be a part of the conversation,” states Cancade. “A lot of gay men still have issues with internalized homophobia, and not wanting to seem or look feminine… I think that I was a part of that community for a handful of years when I first moved to Vancouver, and felt sort of stifled in a way. I felt pressured to seem more masculine and to look more masculine, because gay guys tend to be attracted to masculinity and masculine features, so all gay guys are – or a lot of gay guys – are trying to seem really masculine. And I am not,” he continues, “I have lots of feminine qualities and I think that on this album, it’s about learning to own who I am and embrace femininity and to acknowledge that being feminine makes me a way better person.”

For the album release, Cancade will be performing in an all LGBTQ+ lineup. To Canacade, these lineups are  important to be a part of, because he didn’t find much support when he first began performing in 2016. At the beginning of his music career, there was a lack of diversity at festivals, and he didn’t know many LGBTQ+ musicians. 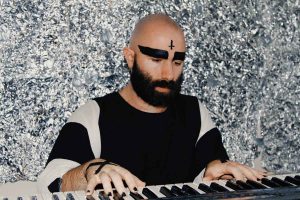 Since then, Cancade remarks that festivals, such as Khatsahlano and Music Waste, have improved a lot in their effort to prioritize more diverse groups of performers. “Last year, Music Waste put on a queer showcase, and that was really neat. Younger people who are LGBTQ were saying that they wanted more safe spaces and they wanted more representation in the community.” With inclusive shifts like these, Cancade expresses his joy of performing in LGBTQ+ lineups, because there is a demand for them, especially in younger audiences.

Much like the inclusivity and relatability that the LGBTQ+ lineups offer, Cancade wants his music to also be something that listeners can be engaged in, and enjoy. He wishes for them to hear his honesty and passion, because not many queer artists are singing about the same themes. Although this album will be less broad than his first album, he hopes that people will find themselves connecting to it. 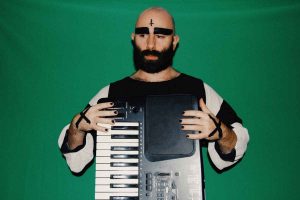 “This album is me taking a chance and making it a little bit more specific about my own experiences. Not everyone will be able to relate to it, but hopefully for the few people who do relate,  it helps them in some way in their life,” he says optimistically. By creating music that presents vulnerability and candor, Cancade hopes to spread positivity and self acceptance.