Amidst the dimly lit ambience of the Brixton Café, an Atari arcade machine hums and beeps, glasses are repeatedly filled and emptied, and the Shilohs recant the joys and tumults of life on the road. Mike Komaszczuk is the only Shiloh missing from the table, but his faithful cohorts Dan Colussi, Ben Frey, and Johnny Payne are quick to address the absence of the band’s “papa bear,” and provide excellent conversation on his behalf.

It’s been over a year since the Shilohs’ last album, So Wild; a wickedly accessible compilation with sounds reminiscent of yesteryear, when pop was cool, guitars were clean, and love songs didn’t involve the word “twerk.” But it’s not due to lethargy that the quartet hasn’t released any new music since last year — rather quite the opposite. Between two tours spanning both coasts of the US, time spent in Vancouver’s late, great Mushroom Studios, and their current travels with Real Estate, the Shilohs have more than their fair share of stories to tell.


Payne, one of the two singer/guitar-players in the band along with Komaszczuk, seems caught between sighing and laughing as he tries to pin down what it’s like to tour as a relatively unknown act. “Just curveball after curveball: that’s what tour is like. We played a pizza restaurant, a bicycle repair place… just whatever.”

Drummer Frey and bassist Colussi add their own fond and bizarre memories, including bachelorette parties, shows in hotel lounges, and a vague recollection of homemade spaghetti in Penticton. “It felt like we should pay our dues a bit. You know, head to the States, play some shitty bars. Put us wherever you want and we’ll get some experience on the road,” Payne notes of their exploits.

“The term is called ‘trailblazing,’” adds Frey, to the laughter of his bandmates, and Payne explains. “That’s Ben’s favourite term. I’d overhear him at a club talking to some stranger and he’d be saying ‘Yeah, we’re kind of just trailblazing right now.’”

Despite those less than ideal circumstances, it’s obvious that the Shilohs have become a tighter and increasingly matured unit from, as Frey would put it, their consistent “blazing of trails.” “We’ve shown up to these random shows on tour and you have to adapt to the place,” Payne remarks. “We can mellow all of [our songs] out or play them really loud to match whatever the mood is, which is nice. It keeps things interesting. In Canada, we call that dynamics; in the States, they call that ‘feelin it.’”

Colussi can’t help but laugh. “They’re still swinging from the trees down there,” he quips.
Payne’s musings of the band’s sound are certainly on point. The Shilohs are often commended for their ‘60s and ‘70s vibe, with vocals and instrumentals coming across crisp and clear, unburdened by monstrous peddleboards or layers of reverb.

But the frequent likening to the Beatles and the Byrds doesn’t seem to bother these gentlemen at all. “There are always those comparisons to ‘60s and ‘70s bands, but it’s not really pigeonholing us because [those decades] are basically the foundation of what rock and pop is,” says Colussi.

Payne is quick to agree: “I know where it all comes from and I’m proud to carry on the canon as best we can.” And carrying on the canon appears to be exactly what the Shilohs intend to do, with their upcoming, self-titled LP scheduled to drop this spring.

Considering So Wild began production as far back as 2010, it’s not surprising to hear that the new material the Shilohs have been working on has undergone changes, both musically and thematically. Payne acknowledges that their earlier songs were some of the first he’d ever written, and with all the experience the Shilohs have acquired over the past few years, the music is certainly more personal and less afraid to be upfront.

“There’s a definite feeling that this next record has been [made by] a band that’s been around together with each other, had experiences as friends, and is more mature,” says Frey, with a nearly tangible enthusiasm. “With this new record, I feel like everyone who has written a song has been more vulnerable by letting themselves open up a bit. I mean, we’ve been a band for about five years now.”

“Borderline too long,” adds Colussi, to the laughter of all.

But the new record isn’t the only thing the Shilohs have to be excited to about. Their tour with Real Estate began on February 28, and is continuing until the two groups split at the legendary SXSW festival in Austin, Texas.

“We’re just super enthused to tour with them [and] to watch them play like 10 shows; it’ll be awesome,” Colussi comments, with equal buzz from Frey and Payne. It’s clear that the prospect of playing a show in their hometown with a band they admire is going to be a tour highlight for the Shilohs.

With their calendars in line and tour dates picked out, the Shilohs have embarked on yet another escapade. Between the exposure from playing alongside Real Estate, and their own official shows at SXSW, there’s no doubt that the foursome will have yet another batch of stories to tell by the time their new album hits the shelves — presumably with less about pizza parlours.

Be sure to check out the Shilohs on March 4 when they open for Real Estate at the Rickshaw Theatre. 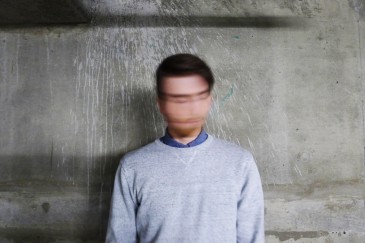