Astronaut
First off, the show was really, really great. The Waldorf’s Cabaret Room has an excruciatingly good sound system, and a friend of mine put it right when she described how the music touches your brain. The volume was full blast for Salem, whose rich chords, ghostly textures and piercing percussion penetrated intensely. People were dancing and really feeling it. Musically, it was stunning. The band featured live rapping as well as their characteristic, shadowy female vocals. Visually, they were also stunning. The whole show pretty much consisted of a dark stage where you could barely make out the figures performing, interrupted occasionally by white strobes that flashed in front of the audience. Later in the show the strobes started flashing quickly, causing me to perceive bluish-green colours in the white light. It was a supernatural experience. Animal Bodies opened, and while they are one of my favorite local acts, I unfortunately missed their show that night.

I want to address the genre of music people are generally calling “witch house,” although there are other terms too (some less politically correct than others). I don’t think that the sound should be defined or pinned down so that we can do an iTunes feature on it, but I know that this term springs to mind for many people reading a Salem show review, and I want to contribute by discussing the group’s influences. At first I didn’t understand why it was called “house.” The tempo is typically super slow, which explains the “drag” and “dub” terms used, but house music is usually much faster. But after experiencing the simultaneous danceability and dark emotional richness of the live performance, I made the connection. If you listen to ‘80s house from Chicago (the origin of house music) some of it has droney high pitched synth chords floating overtop a vocalist and rudimentary drum machine sounds. Many of the lyrics discuss longing and lost love or dismay about their world and the need to move to another planet. Straight up, house music is ghostly and sad. Just like Salem and their peers. Listen to “Face It” by Master C&J and you will know what I mean. I read a quote somewhere (I wish I remember who said it) that said something along the lines of: “the best dance music is sad.” A huge misconception is exemplified in the Expatriarch blog in their witch house article:
‘“House” doesn’t fit, as house music has always maintained a joyous connection with the dancefloor, something definitely absent here.”

Many people look at dancing as a form of light hearted escape even thoughn it actually can be an integral component of the experience of human life, and dance music needs to encompass the full spectrum of emotions that any kind of music deals with.

Salem captures the essence of house’s haunted ghostly roots and delivers a slowed down approach with modern, piercing percussion. Wikipedia cites Texas rap imprin Swishahouse as the originator of Salem’s percussion technique. The hip hop influence is undeniable, even if you don’t take the rapping into account. I can’t help but feel like I’m in a southern rap video when I dance to this kind of music! As a dance music nerd, percussion is what I respond to the most, and the intricacy of Salem’s rhythms is strong and moving. Whatever this new sound is, Salem does it right. 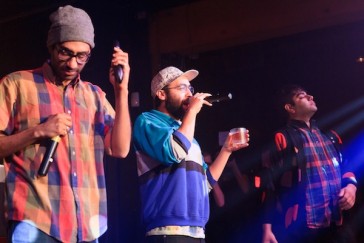