The King of Limbs is a bit of a mystery. Musically and artistically, it isn’t what we were expecting. It isn’t a logical follow-up to In Rainbows. It doesn’t sound like the product of three-plus years in the studio. It doesn’t follow in the footsteps of “These Are My Twisted Words.” For all that it isn’t, then, what is The King of Limbs? It’s short, confusing, frustrating, bleak and brilliant.

The most noticeable change is evident from the very beginning. Glitchy, pre-programmed breakbeats are present in half the album’s songs, often paired with similar live drum work from Philip Selway. The connection to Thom Yorke’s The Eraser is obvious and strong (particularly with songs like “The Clock” or “Atoms for Peace”). “Bloom,” the huge opening track to Limbs, sounds fresh, but it also sets the tone for the rest of the album. The composition sounds as though it were filtered through a very Yorke-centric prism. The following track “Morning Mr. Magpie” is guitar-heavy, but after “Bloom,” it’s hard to hear stringed instruments as anything more than frantic digital noise. Colin Greenwood supplies a great, driving bass line through the track, but it’s lost in a fury of delay and percussion. “Little by Little” helps to focus the sounds and this is certainly the most conventional song on the album (save maybe “Separator”), but even it has shakers, drum machines and a rolling beat from Selway livening things up to surprising levels. It is songs like this one, and later “Lotus Flower,” that point to the eccentricity that Radiohead is chiefly concerned with on their latest release. In their own bizarre way, these are some of Radiohead’s most danceable songs, and this tends to be one of the album’s most enjoyable qualities. “Lotus Flower” has great vocals, but wouldn’t be nearly as good if it didn’t allow you to dance along with Yorke.

Things get even more difficult on the back half of the album. “Codex” is downright gorgeous. The simple piano evokes memories of an old favourite, “Pyramid Song,” while its touching lyrics remain unparalleled. It too has a digital heartbeat keeping pace, but that’s a minute detail compared to the song’s soaring horns. “Separator” brings the album to a close with a contemplative mood and has the most noticeable whole band instrumentation.

Some may hear this album and be disappointed. It’s Radiohead’s shortest album, although only by five minutes, but it feels like the shortest too. That’s a tough pill to swallow when one remembers all the fun that In Rainbows brought on. The King of Limbs doesn’t have a show opening “15 Step,” an “All I Need” vs. “Reckoner” debate or a grand and emotional “Videotape” finish. What it does have is eight great tracks, a deep need for repeat listening and not a clue as to its intent. For now, we have to take Limbs at face value. The coming weeks may reveal more material, a tour schedule or nothing at all. Any of those things would shine a light on the band’s intentions and how the band views the album as a whole. But we don’t have that insight yet. All we can do now is enjoy the eight gorgeous, context-free tracks that the band has delivered. 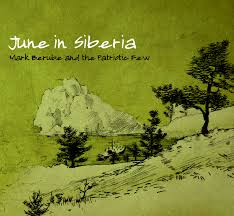