My Me Lady
Montreal indie-folk singer Mark Berube writes songs that are probably best listened to in a friend’s kitchen or on a street corner. Considering the album was recorded live, it’s impossible not feel the intimacy of its delicate instrumentation. The smaller details help greatly in this aspect; a little accordion here, some glass bottle percussion there, and you have a lot of distinct songs for a very indistinct genre. Lyrically, it’s hard to argue with writing that begs to be referred to as prose. Some songs fall flat (“Let Me Go”), but others are actually pretty touching in their own way (“Last Call,” “Gone Clear”). Overall, Berube is able to pack a lot of detail and emotion into relatively short expositions, and should be commended for that.

Musically, the album is a little more hit and miss. Berube seems to have a penchant for
the dramatic in his songwriting. “Side of the Road” is the worst offender, taking a pleasant, understated melody during the verse and pairing it with a chorus that doesn’t fit the mood at all. The whole thing nearly renders Dan Mangan’s guest vocals wasted. These kinds of stylistic mismatches show up from song to song and they tend to diminish the experience of the album.

That being said, the songs that work do so with ease. Centerpiece “My Me Lady” combines circular lyrics, a driven beat and a relatively simple piano riff for one of the album’s best tracks.

Elsewhere, “Hurricane” actually incorporates Berube’s aforementioned seriousness
very well with its upbeat chorus. It’s probably the most uplifting section of the album. So, there’s fun to be had with that. All in all, one has to try to see the forest for the trees, so to speak, with this set of songs. There are a lot of really enjoyable moments in this 40 minutes, you just have to look past the rest of the album to begin to feel them. 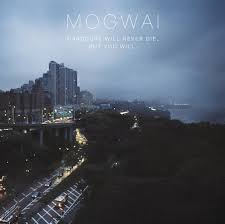