Collecting a prodigious amount of hype and anticipation for a musician who began releasing music less than two years ago, James Blake’s first full-length release rises from an unexpected synthesis of the deeply-rooted London dubstep scene and a formal musical upbringing, delivering a very personal result.

The album’s opener “Unluck” introduces Blake’s striking vocals: soulfully shaped, bent and mutilated with electronics, fluttering over a frantically clicking beat and an oscillating synth. This first glimpse at his displaced and calculated offbeat vocals with an immediately catchy pop-sensibility serves as a gripping introduction to something altogether very different. As the album moves into the introspective “Wilhelms Scream,” Blake makes fascinating use of his repetition of a single lyric phrase, which becomes a common theme in the album, with a paradoxically dynamic effect. The development of the atmosphere with a hint of R&B shows an apt use of space and scale which begins with just a digital organ and a basic beat swelling to cacophonous reverberated dimensions in which a nearly drowned out Blake pierces through, eventually returning you to nearly exactly where it all began.

The two-part “Lindesfarne” is as close to Justin Vernon’s log cabin type of intimacy that the young producer gets through skillfully auto-tuned and garbled vocals in the vein of Bon Iver’s “Woods,” and a warm, almost organic guitar following, driven by a heartbeat of a rhythm. A fascinating amount of emotion transcends through a heavily altered voice uttering barely intelligible combinations of sounds throughout its entire two parts, however the gaping silences in the song’s cautious progression can drag on occasion.

Probably the most unexpected highlight of the album is a cover of Feist’s “Limit to Your Love” which starts off with a raw and unaltered Blake singing over a simple, soulful piano riff and collapses into a deep bass drop. The song finds itself in a striking juxtaposition of two disparate worlds which Blake masterfully combines into a creation that belongs to a world of his very own.

From there on, the album navigates this world with Blake’s modest and careful yet daring control. Emotion is given centre stage throughout the album, and James Blake delivers it through his raw vocals which aren’t merely digitally altered to compensate for lack of talent, but masterfully crafted through a cunning choice of tools to achieve an unmistakable effect. 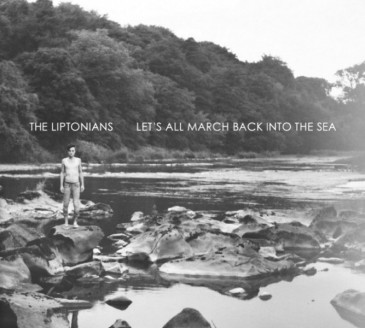