I’m old; I’m 26. And I rarely yell out expletives in public. However, while attending Metronomy’s live performance at the Biltmore on Jan. 24, I just couldn’t keep the curses inside. These British mates are known for their eclectic sound, combining unlikely instruments like a Moroccan nose-organ with low-cost stage gimmicks and synchronized moves. They’re also notorious for wearing push-lights on their chests (all) and two small flashlights on each wrist (keyboardist and saxophonist Oscar Cash) as they groove in unison to their contagious beats. Ask anyone there: these guys are actually catchy enough to make a girl go wild.

And go wild they did. In fact, the audience’s maniacal state made it difficult to concentrate on anything other than one’s immediate safety. The band was playing on a stage raised about five inches higher than its listeners, and this made them noticeably uncomfortable. After a thrash-worthy rendition of “My Heart Rate Rapid,” front man Joseph Mount actually had to ask the crowd to step off. “Can everyone please dance in reverse for a few seconds?” he asked politely in a crisp, British brogue. “People at the front are getting crushed.”

After being shoved, groped, dragged to the floor and finely dusted by the hair of a dozen fuzzy hipsters, my typically sane demeanor started to turn freak nasty. It was like everyone had collectively drunk out of the same GHB-drenched punchbowl, and my three friends and I existed to keep them from transforming into a quivering pile of limbs. When Metronomy broke out their groove-tastic hit, “The End Of You Too,” the crowd literally went into a thrashing, wolf-like frenzy. Crowd surfers kicked faces, a chick collapsed on my foot and seven girls clung to each other’s skin-tight dresses while grinding on the speaker. It was like the opening scene of Blade, where the guy starts to realize everyone’s a vampire but he keeps dancing anyway. Luckily, this song rocked just as hard live as it does on the album, so we had no trouble keeping our faces off the floor.

When the first few bass lines of the grab-your-honey-close track “Heartbreaker” spilled from the speakers, I literally had to cling to my man’s belt loops to keep from being swept away by the seething crowd. “Holy fuck!” I shouted. Then, during the wickedly maniacal “On the Motorway,” right as I tried to bust out a bold hip thrust, the same chick collapsed on my foot again. “What the shit?” I shrieked. The set ended with a great rendition of “Radio Ladio” complete with a delightful elbow to the groin. The guys came back out for a quick, one-song encore and then scuttled offstage to safety. And even though part of my toenail may never grow back, it was still a goddamn scary good show. 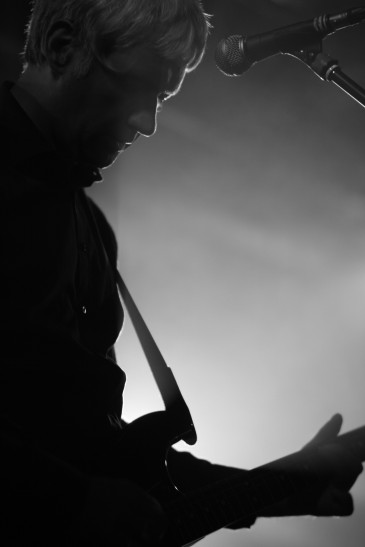 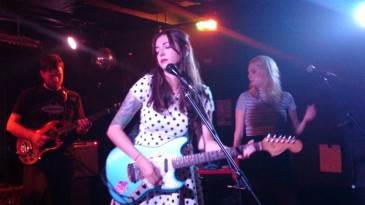