Los Caminos’ sophomore effort continues the band’s homage to vintage surf-guitar workouts set to the frenetic drumming the genre is known for, though at times the drums could’ve benefited from a punchier mix as they’re buried somewhat by guitar. Song titles the Fonz would likely give two thumbs up and a hearty “aaay” to, such as “Malachi Crunch,” give a nod to ‘50s nostalgia kitsch, while revealing Los Caminos’ greaser tendencies. Citing influences such as Dick Dale and Ennio Morricone, it’s obvious this band has chosen to study under the masters, but the absence of props to instrumental heavy-gauge arpeggiation progenitor Duane Eddy seems conspicuous. Like many surf bands, Los Caminos don’t seem to have any use for music developed after 1963. They may look back to the ‘50s, with guitar riffs that recall Santo & Johnny’s seminal instrumental hit “Sleep Walk”, but they don’t look forward to Davie Allan, so their guitars aren’t fuzzy. But they’re plenty spring-reverby, and that’s enough to get the job done. You won’t hear some wannabe rock-star bellowing his guts out over these songs, because underground surf rock is motivated by the desire to rock out, not to sell out, and Los Caminos prove they’ve got the chops to proudly carry the torch of straight-ahead instrumental rock ‘n’ roll into the 21st century. 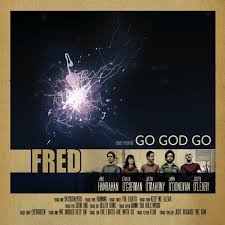