Have you ever gone out to a restaurant during its last week, because you wanted to know what the fuss was about, and then it turns out it’s great, and you kick yourself for having not gone sooner? Well, this wasn’t exactly it. Although Grave Level’s last hurrah was, indeed, a great time, it was pretty clear that they were pulling out all the stops to end with a bang. Like if that great restaurant you went to had free last week pitchers. I’m sure Grave Level, the house situated near the large graveyard on Fraser St. that hosted many bands, was always fun in itself, but it’s not like the 12-hour concert didn’t help, or maybe that’s just my lack-of-nostalgia talking. You’d have thought we were at the ol’ cabin, what with all the misty-eyed “this was my bedroom”-isms.

As one would expect, 24 bands made for wide variety in the quality of the music. A half-hour set presents unique challenges to a band, and those sets ranged from jam-packed to just a handful of songs over ten minutes. The first truly great set of the day, Master Chef, found a nice compromise of the two. In what I assume was a one-off, Adrian Teacher of Apollo Ghosts and Alex Zhang Hungtai of Dirty Beaches jumped from guitars to pedals to drums creating very moody, mostly loop based post-rock. It was hard to tell how much of the music was planned, but it definitely worked.

Buffaloswans’ set was a refreshing change of pace from the last couple bands before it, and it was disappointing that their crowd wasn’t more densely packed. Bad Fate followed downstairs, with a full set of sprawling, emotional and largely instrumental rock. Their musicianship was some of the best of the night, and beat only by the British Columbians. After a solid two-track ten minutes (featuring a new song possibly named “Broken Capt. Beef-a-doo”), the BCs chose the “potentially disastrous” route of jamming out the rest of their set—and it worked! The band played through a wide variety of moods without ever missing a beat or dropping a melody.

The star of the evening, though, was Chris-a-Riffic’s Bible Belts. Leading a parade of accordion and melodica upstairs from the basement after Organ Trail, Riffic enlisted a drummer from the crowd to pound out simple tribal beats as he recited poetry/lyrics/gibberish. The place was standing room only, and Riffic led the crowd clapping and chanting through his hypnotic rants and stories, swearing frantically after each about how little time they were taking. The whole spectacle was almost music by way of performance art, and the audience was in step enough to carry an unplanned second go of the chorus of his last song. Plus, in talking to him after, his status as the nicest fucking guy in Vancouver music has once again been reaffirmed.

The band at the end of Grave Level, however, ended with a whimper. A reveler with a few too many fell down the front steps, and an ambulance was called. Kidnap Kids were put on hold, then shut down as one of the Grave Level head honchos announced the cops were on their way, although maybe the owners were just tired. Anyway, I’ve heard the guy was fine, and the Kidnap Kids play all the time, so Grave Level’s only real casualty was the promised Shipyards/Lord Fuck collaboration of Graveyards. And the house itself. Hopefully, they’ll both live on, in practice (‘yards) and in spirit (Grave Level). 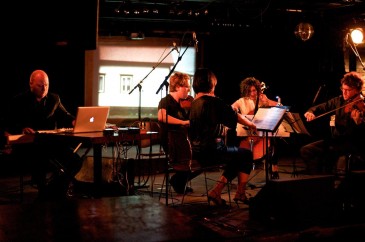 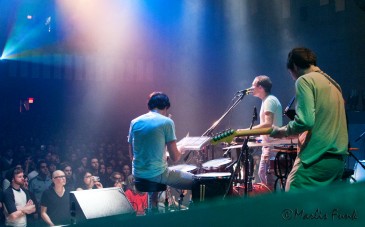