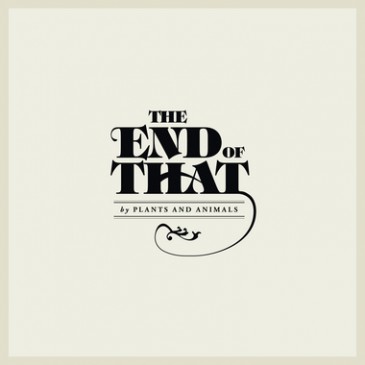 Don’t let your first listen of The End of That fool you. This isn’t a country album, despite the first third of the record’s attempts to convince you of the contrary. The title track’s checklist of western music cliches—twangy tube-driven guitar riffs, Johnny Cash-esque rumbling and percussive walking bass—are all ticked off, but the tracks become progressively deeper as the LP progresses. This is an indie-rock record for the softer-spoken, a humble but anthemic tribute to changing seasons and sunshine.

Song For Love,” with lines like, “The mountains in the distance look so fake/ I can’t believe it’s not real mountains,” is a poetic masterpiece backed by simple instrumentation and a welcome brisk drum clap. It’s not often I can get sucked into the lyrical delivery of a tune, but guitarist Warren Spicer has a great rhythmic method to his singing that fits as The End of That evolves.

Standout track “Lightshow” (Superbowl-commercial epic) is followed by “Crisis!,” a murky number better suited for an over-40s bar, with an almost honky-tonk chorus. Even if the first act of The End of That varies in quality, the rest of the album makes up for it in grandiose set-pieces and almost-humble bright-lights indie rock.