In an enigmatic blaze, 16 businesses were devastated by a fire at the corner of Kingsway and Broadway on December 25, 2009. These businesses — including affordable, artist studio units — sat on property purchased by Vancouver real estate developer, Rize Alliance, in May 2007. While it was inevitable that Rize would rezone and redevelop this property, no dates had been set. The 2009 fire, as quickly as it scorched, roused the redevelopment process into motion.

And so, much like a well-integrated, gentrifying phoenix, rising (rizing) from a totally accidental fire, this property development has since been poised to grow on fertile ground. The coming Rize buildings include a 150-foot tower on 10th Ave and a 118-foot high-rise on East Broadway. These edifices were approved by the city, while being largely rejected by the Mount Pleasant community both in public forums and petitions. The hollowing of public outcry came in step with Rize’s $6.25 million donation to the City of Vancouver in the form of a community amenity contribution this past June.

Community amenity contributions (CACs) are legal cash contributions made by property developers in exchange for rezoning permits to build. CACs are dispersed between daycares, infrastructure initiatives, and cultural centres. Essentially, this is a dollars for feet trade, and in this specific case, 4.5 of the 6.25 million donated ended up getting divided between five existing arts organizations in the Mount Pleasant area.

Of these five organizations — VIVO, C-Space, Western Front Society, Grunt Gallery, and Arts Factory — I spoke with representatives from two regarding their relationship with the Kingsway Rize development and what it’s like to accept much needed money from nefarious hands.

In a phone interview, Executive Director of Western Front Society, Caitlin Jones, tells me how the $1.5 million her organization received will help them secure tenancy in their current location. “What it doesn’t alleviate,” Jones qualifies, “are overall costs of artist studio space and new younger arts organizations popping up in the neighbourhood.”

Jones is careful not to define the current CAC system solely by its failings. She speaks more of the intricacies associated with Vancouver’s art ecosystem. “It’s a very complicated issue,” Jones states. The fact that this CAC went to existing arts groups in Mount Pleasant “is a really important development in the realm of these community amenity contributions.” Yet a progressive amendment on an unsustainable system is still a cause for caution. Jones elaborates, “It would seem to have an adverse effect, that you’re gentrifying your neighbourhood, but then trying to alleviate that by a cash contribution.”

In the future, Jones suggests that the city take a multi-pronged approach to arts and culture funding. “They can support major 40-year-old institutions like the Western Front, but they also have to provide the space for young students to start their own artist-run centres.” A humble hope, Jones would like to see small-scale spaces like Red Gate or (the now closed) Zoo Zhop, “continue to be able to exist, without being shut down by the city.”

In another phone interview, program director Glenn Alteen of Mount Pleasant’s Grunt Gallery shares similar sentiments. Grunt was grateful to receive $400,000 from the same CAC: “In some ways, I’m happy they listened. It is a progression from giving people free space, which isn’t free, as W2 found out.”

Alteen credits Vision Vancouver and our newly re-elected mayor, Gregor Robertson, with keeping the arts agenda on the table. At the same time he questions what Vision’s “redevelopment policies have done to artists, compared to what they’ve done for artists.”

This system of dual endorsement is something worth questioning. How evenly divided is the city’s support of arts and development? I sit down with local gallery curators Andrew Volk and Katharina Schulz to discuss the topic. Two of the four founders of Skylight Gallery located just north of Mount Pleasant, both have experience running small-scale arts spaces, but Volk is a veteran in the field.

For the past eight years, Volk has run or co-run six independent arts spaces. Among these was Glen 360, which ran for two years and hosted some of the city’s — and the country’s — best musicians. In spite of this success, Glen, and all of Volk’s venues over the years, have eventually closed. Volk explains that this is, “for a variety of reasons.” Sometimes the lease was short-term, sometimes the parties got too big, and sometimes the right people complained.

“The city will respond most emphatically to noise complaints,” says Volk. Even in areas zoned as industrial, where most of Volk’s art spaces were located, condo developers come in, looking to spot zone and build. “They have a deal with the city. Condo guys basically say to the city that no one can make noise around where they’re building because it will disrupt their tenants and make property value go down.” If noise is already being made in a rental unit, the city will pressure landlords to evict unwanted tenants.

So how does an emerging art space avoid being suffocated by the city? Apparently the answer is don’t do anything illegal. Volk and Schulz explain how they’ve had to find creative new ways to do art exhibitions in order to stay afloat. “We’re doing everything we can. I feel like we’re an American public school or something,” Volk jokes. “Maybe we could rent out that little square over there for $20?”

As far as CACs go, Volk says “We would be very happy to have one,” though he doesn’t see that happening anytime soon. In fact, Volk says, “It’s just going to get harder for people at the bottom. If you’re not an established gallery, then fucking get established. If you have no money, it’s best to get some. The main thing I’ve learned is that art pays and that if you want to make a space legit and make it work you’ve really just got to work harder and have more ideas.”

So to all the emerging artists and arts spaces in the city that have been shut down, dismissed, and disheartened, and even to those Rize CAC recipients: you just haven’t been working hard enough. Find some money and figure it out. 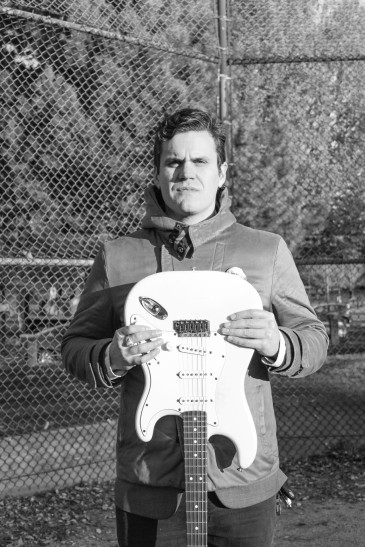