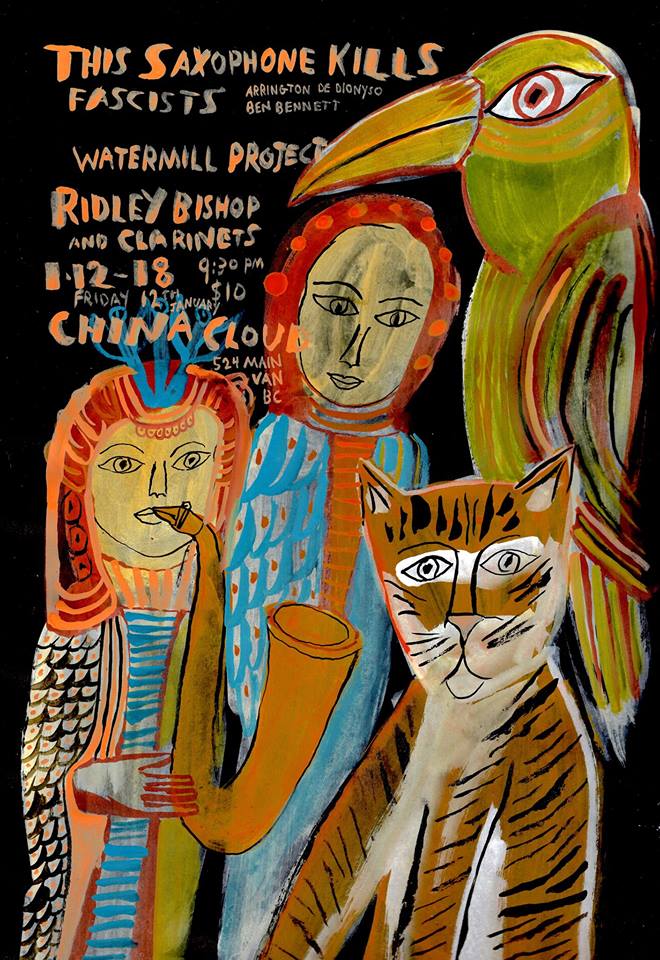 The clock struck midnight and all through the China Cloud, minds were on their way to systemic loss.

For some, the symptom was laughter — snickering, then cackling, enough to draw the attention of one’s more staid neighbours (or at least anyone still convinced that “serious” music demands a serious reception) before drowning out in the multiphonic onslaught of Arrington De Dionyso (aka This Saxophone Kills Fascists). If the ridiculous-o-meter hadn’t cracked yet, would it when drummer Ben Bennett decided that percussing his kit a thousand times a minute wasn’t enough, whipped out a mutilated hose and began circular-breathing into his snare? How about when the sweaty smells of the stage began competing with its sights and sounds for attention? Or when De Dionyso ditched his saxophone for a PVC contraption that looked equal parts like it belonged in the keep at Helm’s Deep and rallying the orcish horde below the walls?

Moments of lucidity punctuated the slaughter. De Dionyso found the resonant frequency of the room with a tenor sax, then went searching for it again with a bass clarinet. Commitment and indulgence competed for dominance in an aesthetic landscape staggering between maximalist blasting and minimalist, well, blasting. With his one brief, cosmically-themed audience address, De Dionyso proclaimed the merits of capital-C Canada, which, he said, had, unlike his homeland, always treated its Indigenous people with respect. Oh yes, the irony of the fascist-killing saxophone was straight-faced indeed.

Throughout the night’s events, the line between consciousness and accident received the kind of fastidious walking normally exercised only by drunken politicians at New Years Drive Safe checkpoints. When, towering over clarinetists Natasha Zrno and Johanna Hauser, local troubadour Ridley Bishop announced that “there’s a party in your mouth and you’re invited,” the line met its fair share of askance reception. Less confused was the effect of the clarinetists themselves, whose extended-tonal ostinati churned through Bishop’s serenade with an insistence that both balanced and justified the metaphorical involutions lacing his lyrics. Bishop bantered that the trio was “meant to be together,” and I agree with him.

The great surprise of the night, though, arrived with the middle act: Sara Kim and Mili Hong’s Watermill Project, a theatrically-inflected drums-and-voice duo devoted to Korean folk. It’s not very often that one watches a drum kit take the place of an entire backing band, and still less often that one watches the endeavour succeed; but Hong’s solos were as fluid as her beats were head-nodding, with the space between the two traversed in at once virtuosic and imminently comprehensible style. The combined clarity and adventure in Hong’s drumming, as woven into Watermill Project as a whole, constituted what I consider the standout event of a diversely ear-bending evening.

And of course, while unlikely to have killed them in the first place (although not for lack of a good old college try), This Saxophone’s exultant degeneracy would have any self-respecting fascist rolling in their grave. 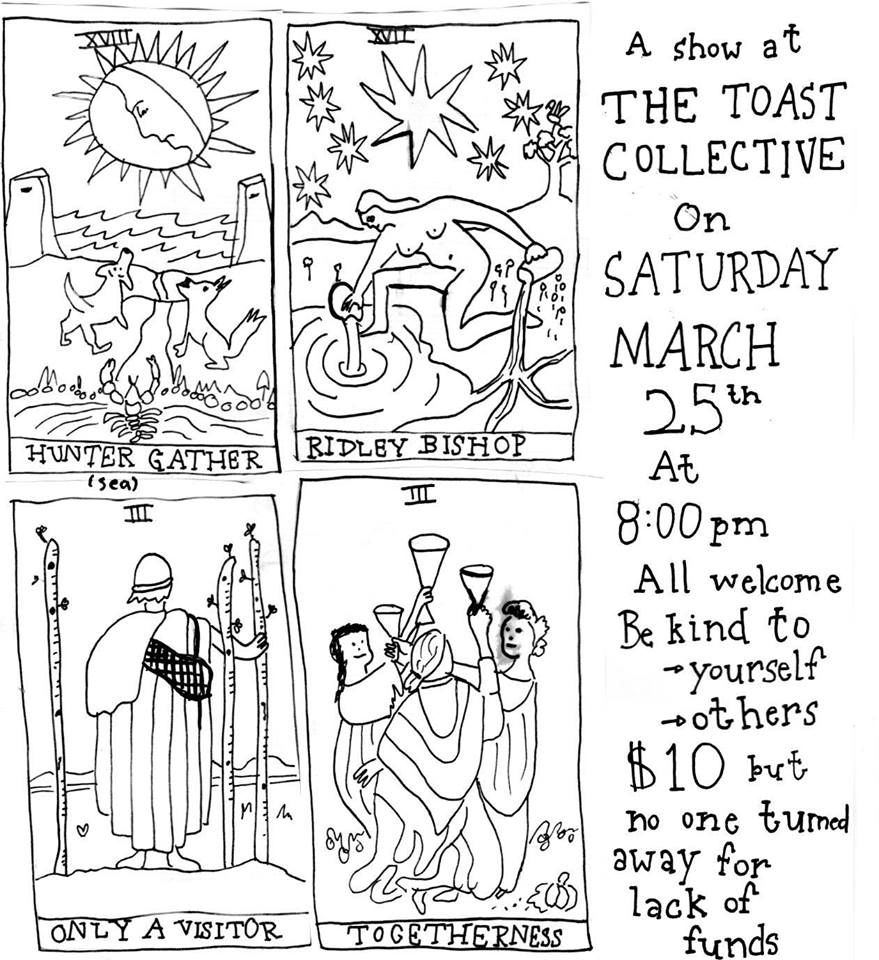 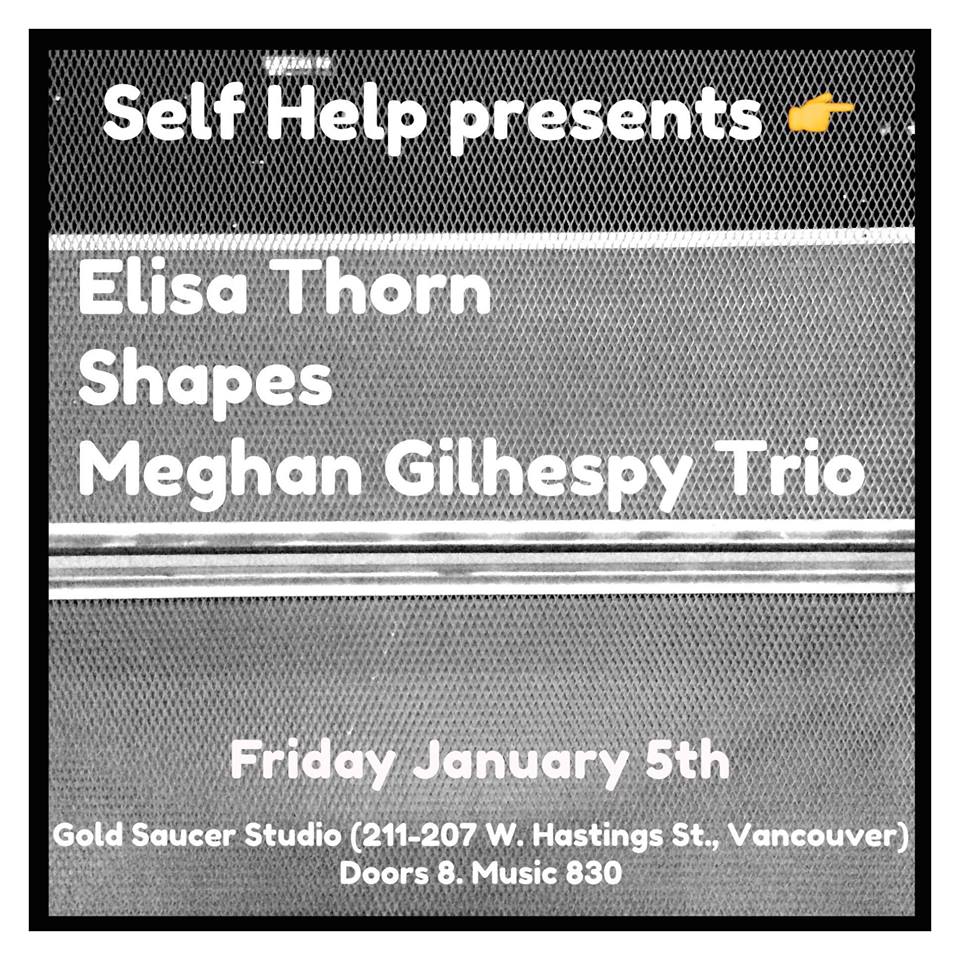