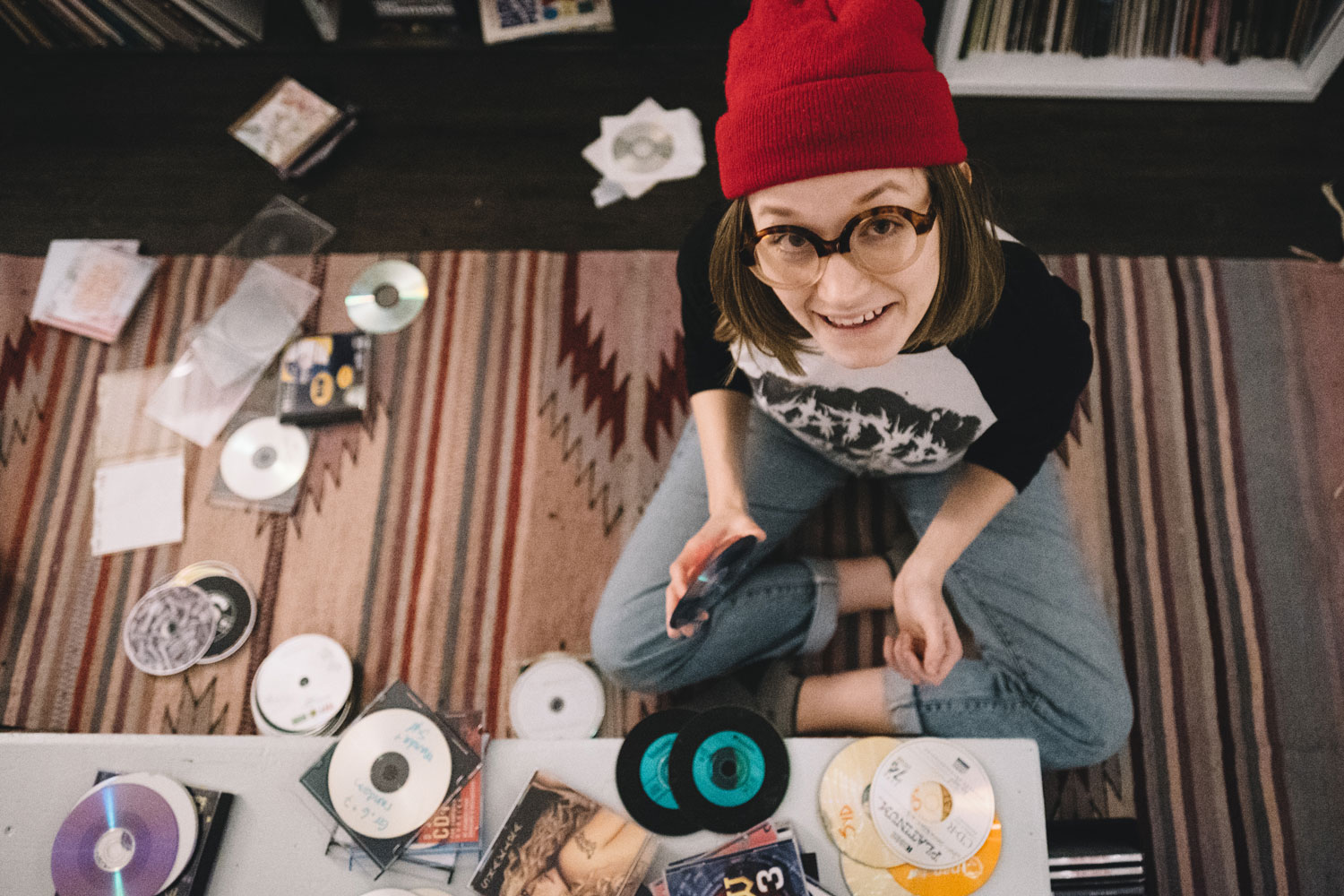 I’ve reached the age where my parents don’t want to move my old boxes of shit around anymore. As soon as they announced they were moving house, I dreaded the inevitable “come sort through your stuff in garage” phone call, but I knew what I had to do. I drove to White Rock one morning to sit on the cold garage floor, ready to complain my way through the process. Much to my surprise, the dreaded exercise turned into an afternoon of discovering my past self unearthed in scratched Napster-brand CD-Rs and broken jewel cases.

I gathered the pile of discs and drove back to East Vancouver accompanied by the songs of my adolescence. Noticing the curious song selections I made and the flow of the mixes, I couldn’t help but wonder — how has my process of music listening changed? Is that change correlated with the development of new listening platforms? In that moment I decided to embark on a personal listening archive — listening back to the CDs, making the track listings into Spotify playlists, and attempting to unlock the secrets of my personal progression.

As a financially dependent 8-year old, my motivation for pirating music arose through my parents’ distaste for most of the music I liked and their unwillingness to purchase it for me legally. I learned how to copy Shania Twain tapes from my friend’s parents’ collections, and spent my evenings listening to Top 40 radio stations, praying I’d hear my favourite songs so I could hit ‘record’ on my tape deck.

Everything changed the day my family got a computer with a CD burner. The music listening that was once a healthy pastime quickly became my obsession. I spent countless hours learning the ins and outs of peer-to-peer softwares like Kazaa and Limewire, and how to predict which files might actually be pornography, a recording of Bill Clinton addressing the Lewinsky scandal, or simply virus-laden. (Looking back, none of us knew what we were downloading.) I’d patiently wait anywhere from 20 minutes to many hours for mp3s to finish downloading, throw them into my iTunes library and burn a CD so I could go walk around outside with my discman and take it all in.

In the beginning, the process was strictly utilitarian: fill the CD with any random tracks I was enjoying at the time in no particular order, and getting the CD as close to the 70-minute, 650 MB capacity as possible. I indulged in the diversity of my taste with little regard for mood or genre, grooving to “Don’t Phunk With My Heart” and screaming “I’M NOT OH-FUCKING-KAY” in nearly the same breath. These private discs were a safe and unrestrained way to absorb the songs that resonated with me most — one disc was titled “Stevie Nicks x3” to denote that “Edge of Seventeen” made up the first three tracks so that I didn’t have to skip backward to listen to it again.

Self-imposed rules came later — no artist repeats on one playlist, no song repeats from CD to CD. As the mixes matured and evolved, so did the listening medium. My parents gave me an iPod Mini one Christmas and just like that, playlisting became an artform. No longer restrained by the duration or storage capacity of a physical disc, I was free to create mixes for every feeling and occasion, as long or as short as they needed to be.

At this time, I relied less on Much Music or commercial radio for introductions, and instead looked to blogs like tsururadio.com and the CBC Radio 3 podcast for new music. My understanding of the internet directly influenced my development as a listener and supporter of independent music. My processes of discovering music and playlisting it has continued into the present day. Recently, I’ve started archiving what I’m listening to as Spotify playlists organized by month and year. There is no art to the order of tracks other than my general interests, and the mixes are often jarring and uncomfortable. (Selena Gomez is cozied up next to Ambrose Akinmusire in “February | 2016,” for example.) I realize now that this form of playlisting almost directly mirrors my process as a preteen — no self imposed rules, no consideration of energy or flow or genre, just a place to collect my general musical interests.

Many of us question how the evolution of listening platforms changes our direct relationship to what we’re listening to. I’ve concluded that my own experience of listening and discovery hasn’t changed much at all since my days recording pop singles from the radio onto cassette tapes. My curiosity is continually piqued by popular media, word of mouth, and a lot of time spent on the internet. If I love someone’s work, regardless of how I discovered it, I will go out of my way to listen to a full album and support that artist in a live setting or by buying a record.

After listening back to some Spotify playlists that I created from the found CD-Rs, the experience felt contrived and I knew that transferring the mixes to a new context was an exercise in futility. The old playlists were made for the old medium, and to listen to them playing off Spotify felt like an awkward school reunion. I realized that it wasn’t the playlists themselves I sought to archive, but the growth the music allowed me, as that music represented a stage in my emotional development I didn’t know how to express at the time. I’ll continue to digitally archive my current listening, and the CD-Rs will remain in my car as sources of nostalgia and embarrassment for years to come.

Sydney Thorne is a Vancouver-based interdisciplinary artist. She is releasing an album of songs to get-all-dressed-up-and-stay-home-to in late spring 2018.