No stranger to Canada’s electronic music scene, Ryan Hemsworth combines a variety of different sampling techniques and melodies on his new album, Alone For The First Time. As suggested by its title, Alone is comprised of somber tones, with lyrics characterized by love and loneliness. But unlike past albums released by Hemsworth,Alone dives into great lyrical depth.

new song in japanese cause i felt like it love u https://t.co/ZZXIT4SuwQ pic.twitter.com/vbdDWQAN5T

Evoking the glittery, bubbly remixes Hemsworth has produced in the past, opening track “Hurt Me” starts the album off with a fast paced, yet haunting tone. Colourful synthesizers pair off with repeated lyrics by an unfeatured artist.

Second track, “Walk Me Home,” transitions into the melancholy melodies that come to define the album. Featuring recording artist Lontalius, breathing over the chorus: “Leave me alone / There’s no room for me / Left in your heart,” contrasts nicely with Hemsworth’s relies to, “Never leave me alone.” Like the song’s shifting tonal waves, conventional lyrical structures match well with unique samples that build up and recede.

“Snow in Newark” functions well as a single for the album. Even more so than in “Walk Me Home,” “Snow in Newark” feels less like a Ryan Hemsworth produced track and more like one produced by a lyrical artist. These lyrical tracks mark a bold step forward for Hemsworth, who in the past had demonstrated his own ability to create encapsulating music with a complete absence of vocals.

One might question whether Hemsworth had always wanted to make an album like Alone or if it is the result of a natural evolution. While Alone is colourfully entertaining, its lyrics and lyrical style are uncharacteristically conventional. The topics explored by Hemsworth don’t extend very far beyond love and loss, both banal topics in the world of music. While in the past Hemsworth’s music stood on its electronic beats, and their absence of any human voice, Alone combines Hemsworth’s formerly wordless music techniques with more typical lyrical stylings.

This composition is what makes Alone so easy to listen to, and what marks Hemsworth’s progression towards greater lyrical depth in his music. Alone For The First Time is a short but sweet listen for fans of Ryan Hemsworth and electronic music alike. 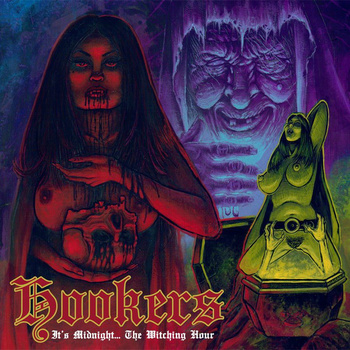