No one in Vancouver shows up on time for anything. This is why the Scratch Records show at the Interurban Gallery with Sex Church, Duffy & the Doubters and To Bad Catholics started late. At 10 p.m. the largely open space was pretty sparse, with about 25 people mulling around drinking Bowen Island beers and Dixie cups of wine but after an hour the space felt snug and cozy.

To Bad Catholics started things off with a weird set. The showmanship of the duo was perplexing to more audience members than just myself. We were trying to figure out if their performance was artfully staged silliness or just poorly rehearsed. Having trouble seeing their instruments, they asked for the floodlights to be turned back on, struggled with their equipment, forced their voices and were generally amateurish but well timed in their dance moves. Slowly the audience began to smile and laugh, first one person then another, because even if we weren’t sure if we should be laughing-at or laughing-with, we were sure we should be laughing. It turns out (and I couldn’t see this because I’m not tall and was towards the sound booth) neither keyboard set or the borrowed bass picked up for a bit of epic performance had been wired into the sound board. Pantomime! In the end, rec-room charm won over skepticism and To Bad Catholics gets the closing verdict that their stage show was pretty good but could have used a director.

Next up was Duffy & the Doubters, and I have to be honest, they were pretty enjoyable. Rolling rhythms and rocking instrumentation paired with dissonant harmony had the crowd pleased (who would have expected such sweet convergence in songs with such primal thrust?). Unfortunately for this reviewer, an early appointment Sunday morning mixed with a later than guessed start to a Saturday rock show meant I had to leave only a few songs into Duffy & the Doubters’ set. Verdict? If you haven’t seen Duffy & the Doubters you should, just don’t book yourself for an 8 a.m. wake up call the next morning.

[ed. A.B. was a last minute fill-in for our planned reviewer, but unfortunately she couldn’t stay for the whole show. The review initially ran incorrectly identifying Duffy & the Doubters as Sex Church. We apologize for the error.] 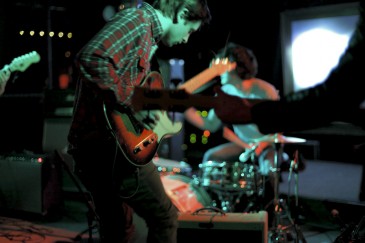 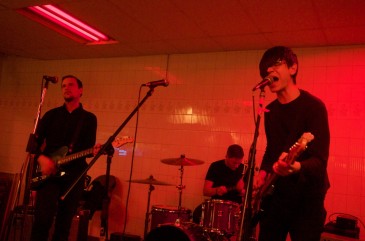