Like countless others before me, I first learned of Ok Go through a divine collision of YouTube and desk-job slackdom. It was August 2005, and the band had just released its second album, Oh No. We put off work to pass an afternoon of choreographic arrest thanks to YouTube’s broadcast of the music video for “A Million Ways.”

The video was shot with all the ingredients to stir the loins of hip kittens everywhere, complete with a borrowed camera and backyard for DIY sincerity, suits and alligator shoes for irony, and that magic marriage of boy band choreography and self-effacing silliness echoing Fatboy Slim’s “Praise You”. The infectious camp of it all broke YouTube records. “A Million Ways” is now the most downloaded music video ever, and the follow up treadmill-dance opus “Here it Goes Again” ranks among the most-viewed YouTube videos of all time.

This entire preamble leads me to the reason for writing this review in the first place: even though Oh No was originally released last summer, it’s been recently re-issued with the added punch of a bonus DVD, containing a collection of the band’s notorious dance videos, the requisite made-for-MTV music videos, and tour footage. The DVD spins the tale of a band rocking the pants off the States, but if everyone’s been watching Ok Go on YouTube, where did the music fit in the first place? It’s just background noise, a pleasing concoction of no-wave, post-punk, power-pop and the gang, all playing second cowbell to the hype machine motored by the band’s lopsided grace and borrowed moves from The Matrix and Westside Story.

The popularity and resulting commercial success of Ok Go is propelled by thousands of online slackers watching the band dance on YouTube while they should be working, schooling, or updating their MySpace profiles to publish their own footage of themselves dancing on the web. The very act of re-releasing Oh No testifies to the degree to which the band—and record label—rely on the clout of its videos to sell records. As for the music, well, that’s just a bonus add-on as self-consciously innocuous as the DVD itself. Video kills in many ways, but if the second coming of Oh No is fueled chiefly by the perceived demand for immortalizing Ok Go’s videos on DVD, Capitol Records might be missing the point: most money-saving internet kids will save their cash for more grass while they continue to watch the band online for free. 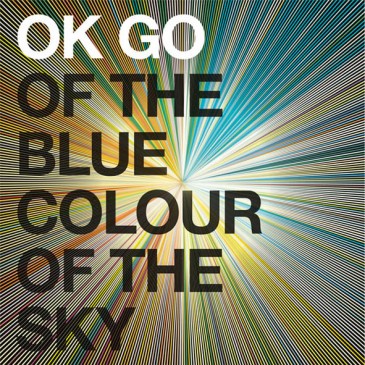